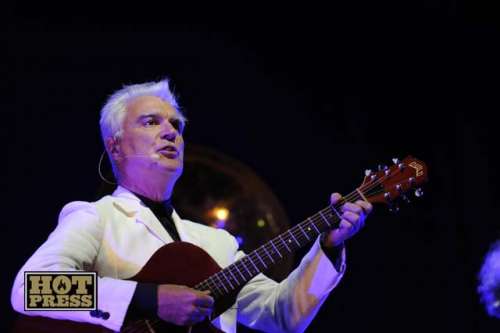 One of the most collaboratively diverse musicians of the past 40 years, David Byrne has been around long enough to know ill-informed comments about other nations when he sees them.

To that end, the Talking Heads' frontman has compiled a playlist of great music from so-called 'shithole' countries, as well as leaving this message to divisive politicians in his country:

What is truly disturbing are the Republicans who go along with this person. Their behavior makes them complicit and the same as he is...exactly the same, no difference. Remember that come voting time.

The swells in Davos too—people who are happy to get rich off Trump’s policies and are more than fine supporting a racist. None of them have risen to condemn his racism and to say that this man does not represent our values as human beings.

David Byrne's new album, American Utopia, is set for release on March 9. You can listen to his playlist below: davidbyrne.com