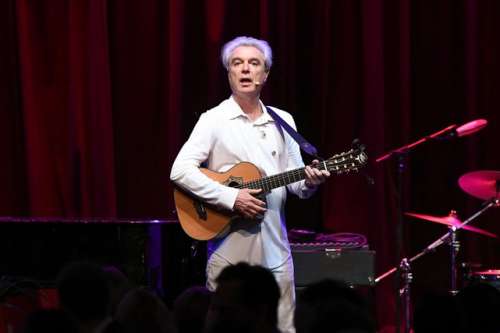 Today, Byrne debuted his collaboration with Oneohtrix on Lauren Laverne’s BBC Radio 6 show. Listen to the track on the BBC Radio 6 site; the song begins around the 1 hour, 51 minutes, 45 second mark. Byrne also sat down with Laverne to discuss the new album and his upcoming tour; listen to his interview below.