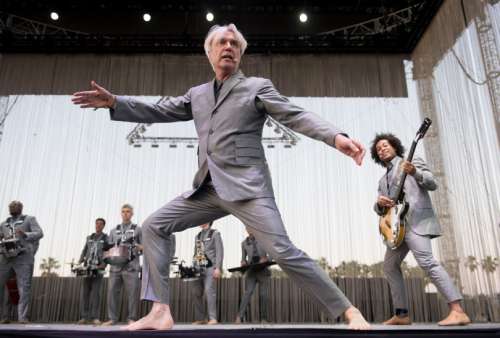 No, there hasn’t been an proclamation from the governor, or anything. But there might as well be, since Byrne will be practically everywhere in Northern California over the next bunch of days.

Look! There he is now!

OK, so maybe he’s not actually at the same Carl’s Jr. as we are right now.

Byrne closes his five-night Northern California run with a show on Aug. 22 at the Bill Graham Civic Auditorium in San Francisco. (8 p.m.; $65-$175, www.ticketmaster.com)

The vocalist is out on the road in support of his long-awaited 11th solo studio album, “American Utopia,” which is his first full-length solo set since 2004’s “Grown Backwards.”

Hopefully, Byrne will include a few Talking Heads classics on the set list as well.