I participated in another William Onyeabor spectacular—this time in Acapulco, Mexico. Here are some pictures from the show at BAM earlier this year: 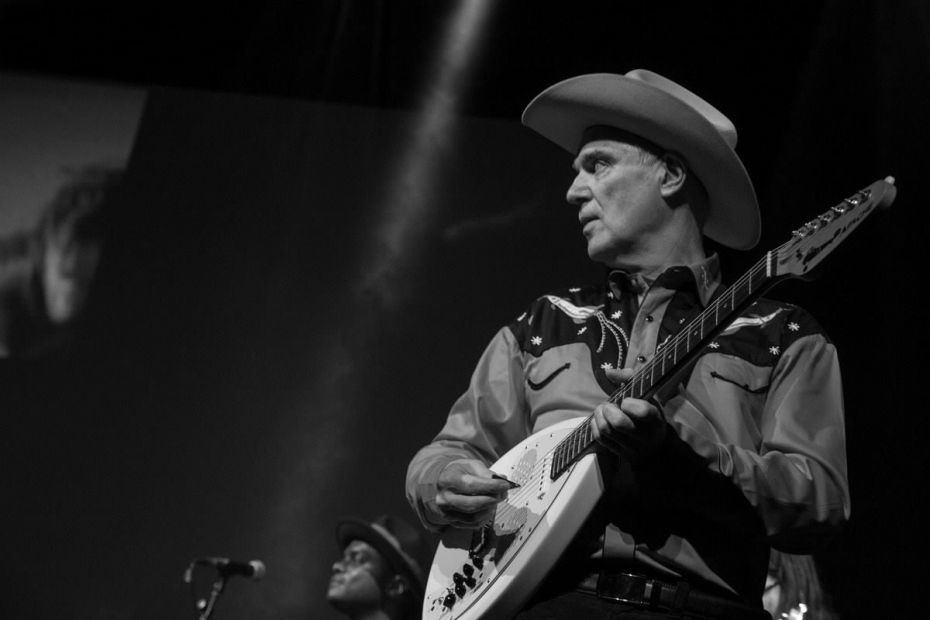 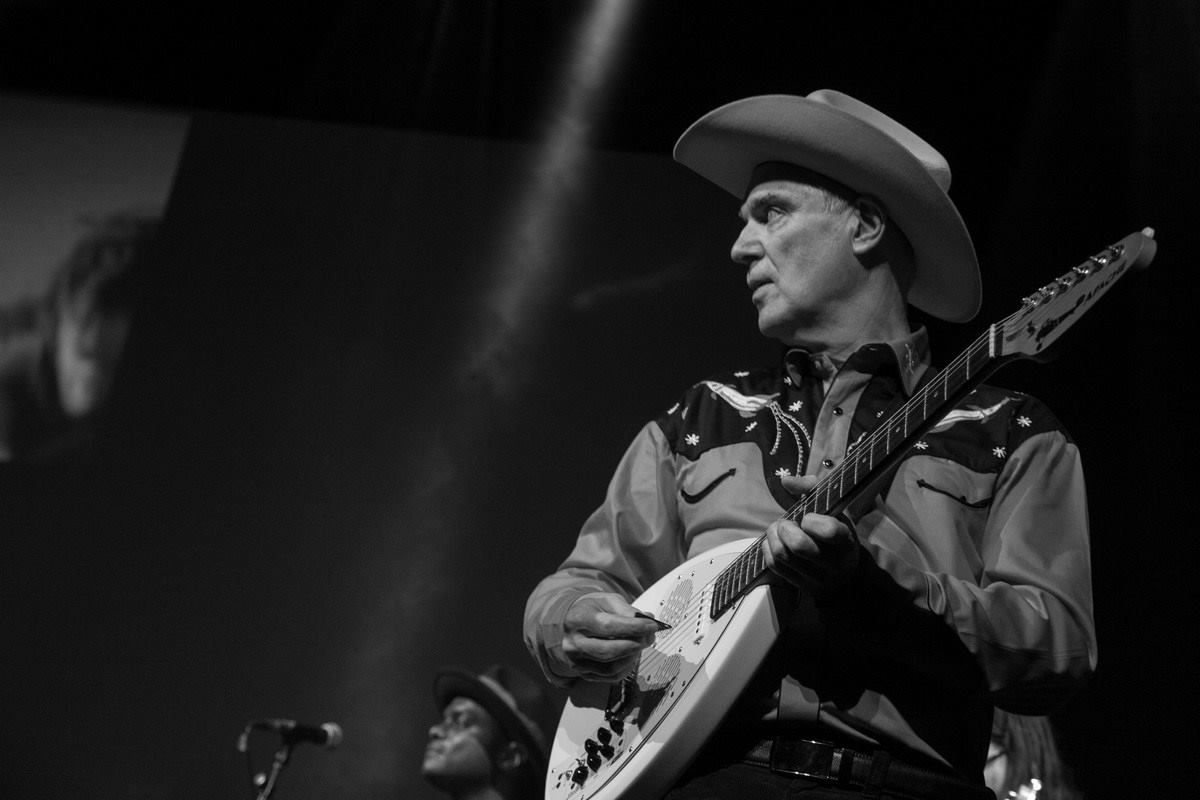 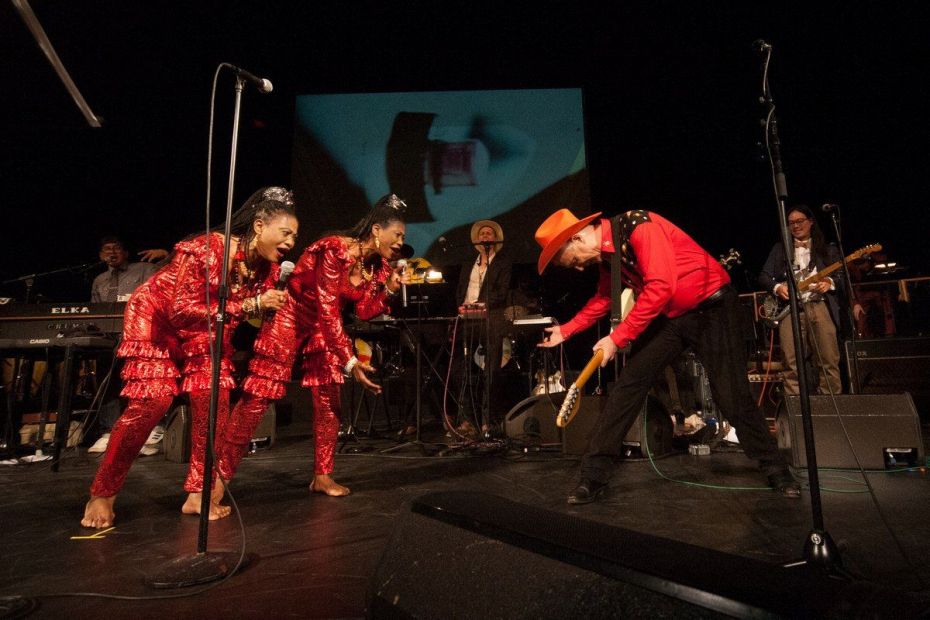 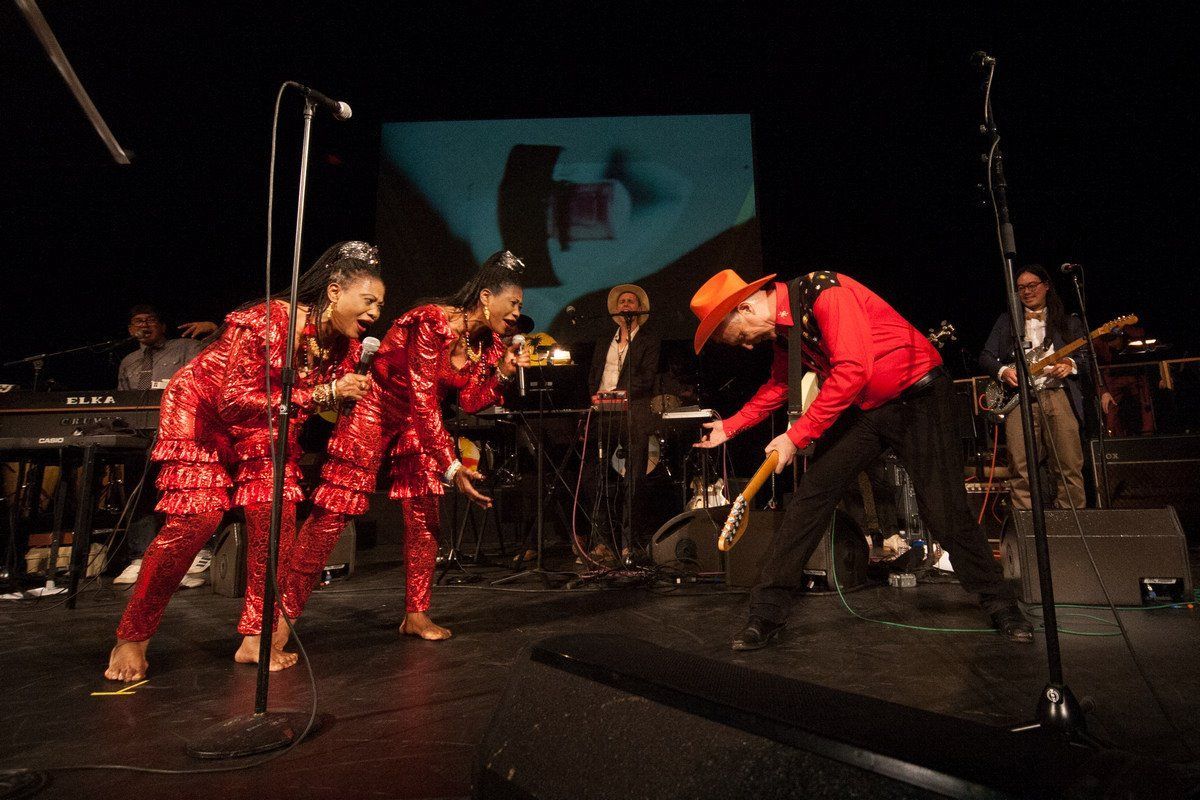 It was part of a yearly festival there called Trópico…and some of the other acts were Sinkane, Blonde Redhead and Hercules & Love Affair. The band lineup for Atomic Bomb was: Ahmed Gallab, Jonny Lam and Ish Montgomery from Sinkane; Jaytram; Money Mark from Beastie Boys; Lekan Babalola; Jas Walton and Jordan McLean from Antibalas; Luke Jenner from The Rapture; and Alexis Taylor from Hot Chip.

I was frankly apprehensive how our show would be received, as earlier I checked the poolside merrymakers at the hotel where the festival was being held. It was mid-afternoon when I went by and it appeared to be a mix of spring breakers and hipsters—well, that’s what it looked like to me. Girls looked like models and dudes were somewhat pumped-up—those were the spring breaker contingent.

At rehearsal the day before, Ahmed of Sinkane and I had talked about doing something to acknowledge the recent events in Mexico. 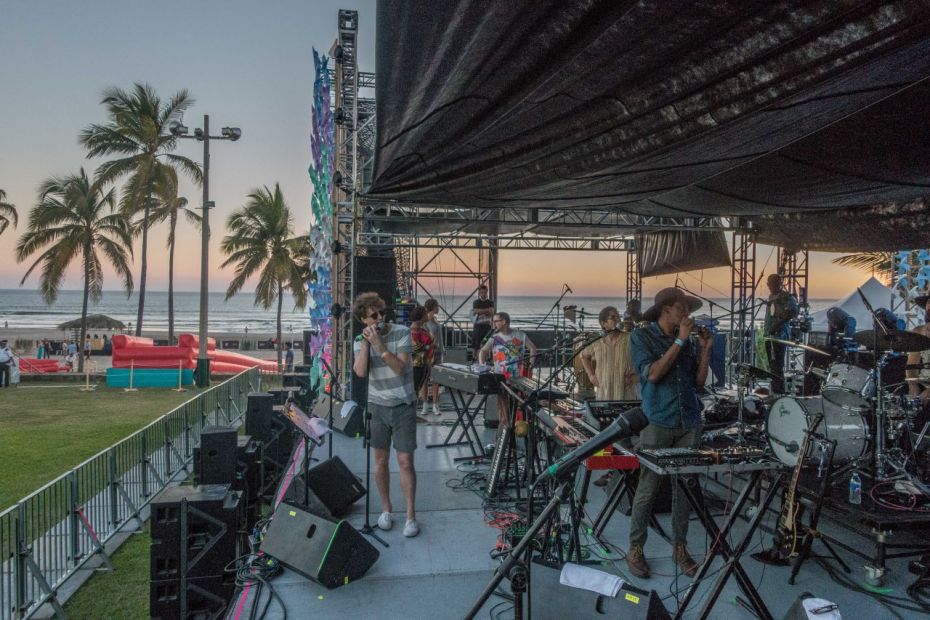 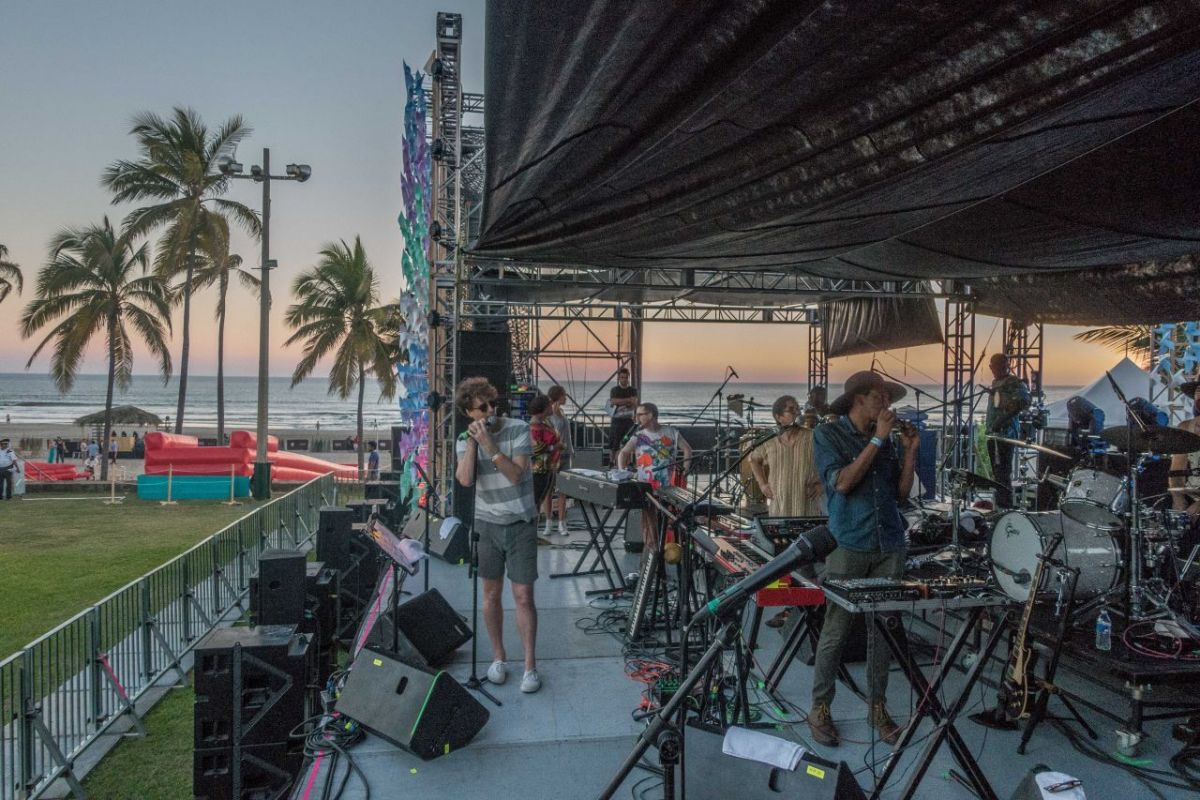 In Mexico, protests have erupted all over the country, and a couple of weeks ago the highway to Acapulco was blocked, as was the airport. Acapulco is in the Guerrero state, where 43 students went missing and are presumed dead. 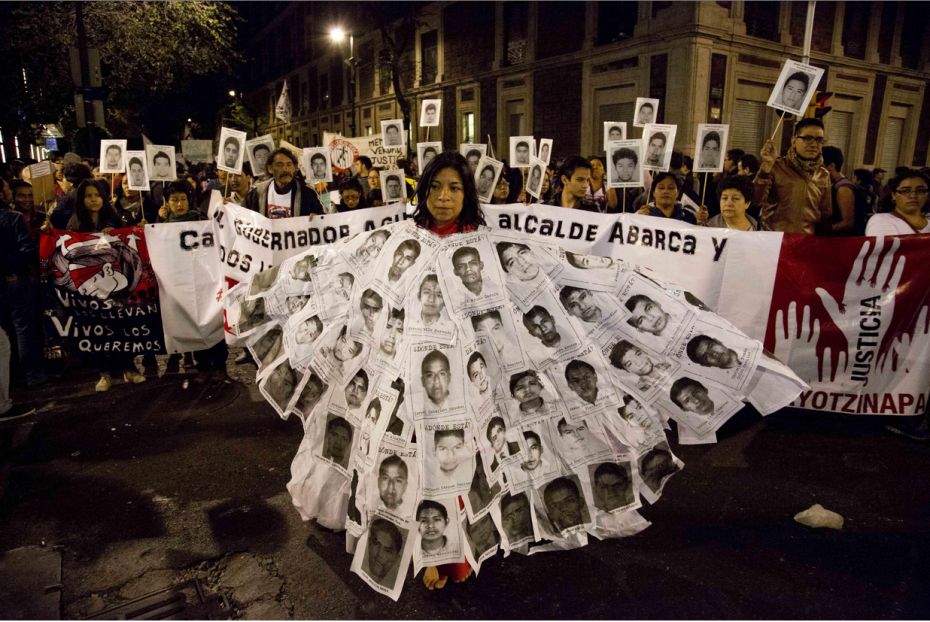 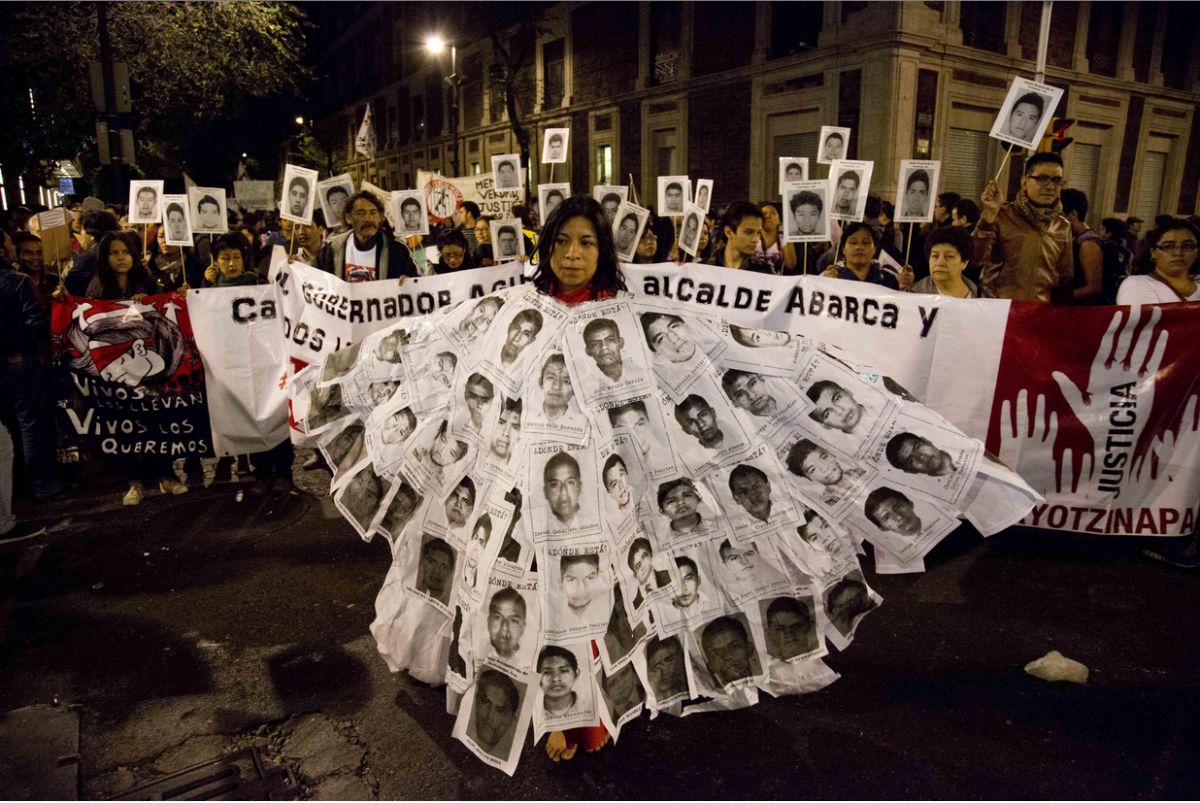 I’m not going to summarize those events or the aftermath: it’s ongoing and gets more complicated with time. It has triggered widespread protests directed at the corrupt government and the side effects of the US-mandated war on drugs. The 43 are a bit like Michael Brown in a way, who became the symbol—the straw that broke the camels back—for a sense of national frustration and disgust with police and government behavior. 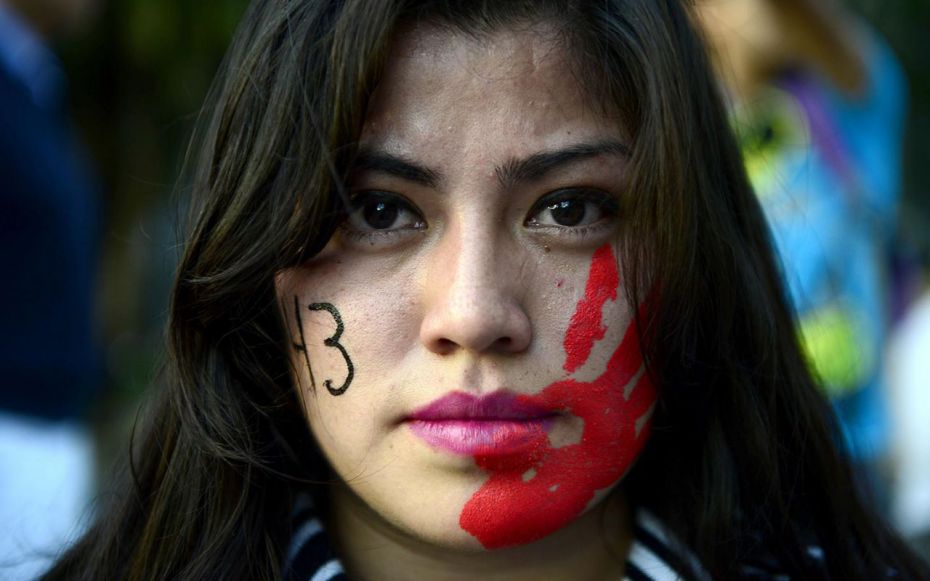 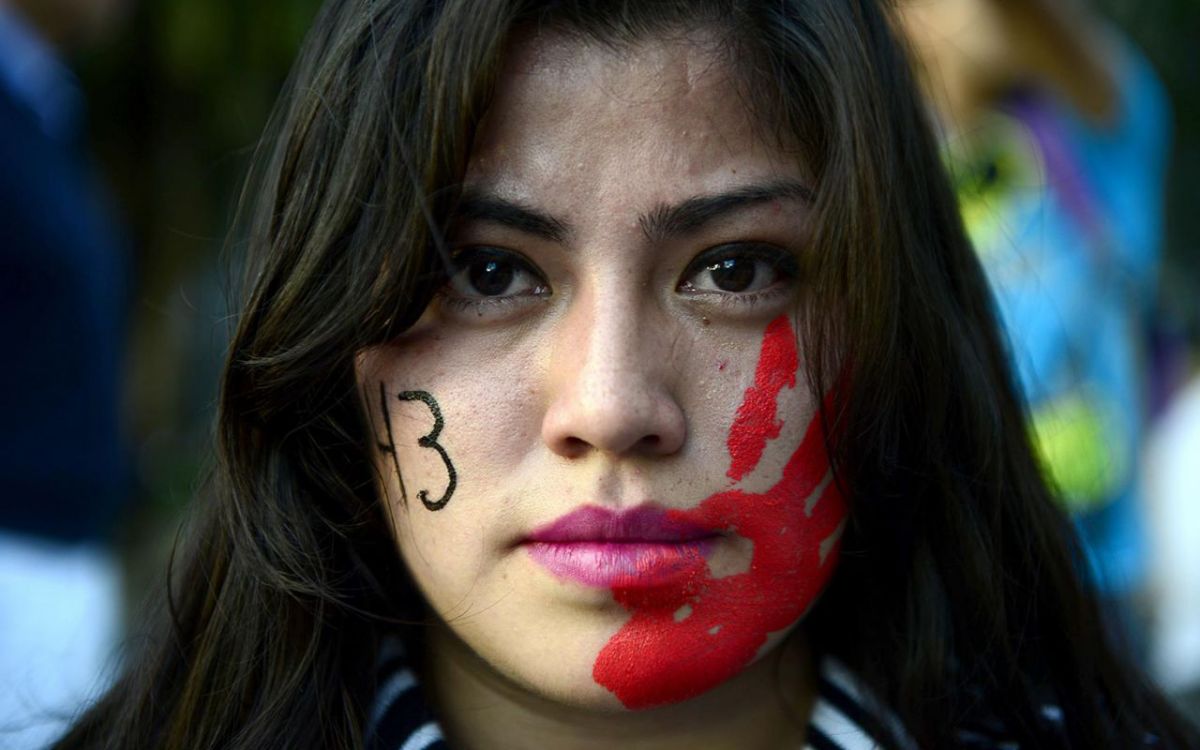 I was thinking to myself that if we did something or said something to at least acknowledge our awareness and sympathy…this party crowd might not care. I was proved wrong. We did what is common at many of the Mexican protests: before the Onyeabor song, “Better Change Your Mind,” we simply began counting to 43 in Spanish. By the time I had got to 10 the audience had joined in; by 15 the whole crowd—thousands of people—were all counting to 43. As the numbers climbed, I couldn’t help but think that each number we were counting was a kid, murdered. And there are thousands more who disappeared. By the time we reached 43, I was pretty choked up and had to struggle to begin the next song.