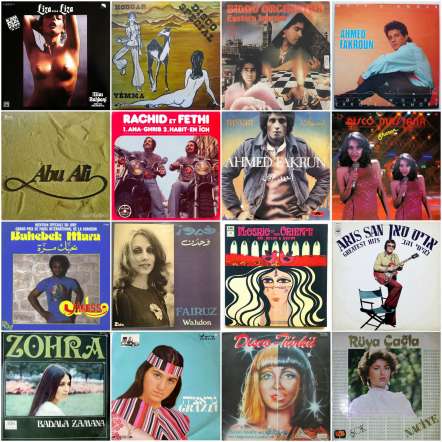 John Fitzgerald is one of the most passionate collectors of music we here at Luaka Bop have ever met. He is one of those people who just cares about finding great music, and then genuinely wants to share it with as many people as possible. In the world of record collecting, DJing and working with obscure music from the past—this kind of feature is much more rare than you might think. 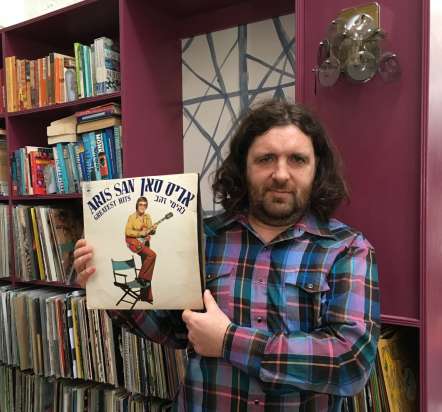 For this month's show, DJ Fitz, as most people know him, has put together a mix of his favorite songs from the Middle East and Magreb, focused on the golden era of disco and funk. The mix features a few very rare 7"s he found (under a fish bowl!) during his first visit to Turkey in 2006, and others he's come across since then: the great Ahmed Fakroun from Benghazi, Libya, is featured twice, while the brothers Ziad, Elias and Gassan Rahbani have a few songs, too. Their mother, the legendary Lebanese singer Fairuz, appears towards the end of the show. As always with our show, we don’t attempt to make a representative selection of a whole region or era, it’s just the favorite songs of whoever is making this month’s show.

Besides DJing and record collecting, Fitz works with a lot of artists from all over the world. His “day job” is as a booking agent (he recently had the fantastic Mamane Sani, an organ player from Niger, play at his house in London!), and for many years he worked as a tour manager, with bands such as Animal Collective, tUnE-yArDs, Gang Gang Dance, and others. Whenever we release something at Luaka Bop, we sometimes (get lucky?) and the release gets championed by various influential artists or DJs around the world. As time goes, I can usually trace many of those people back to Fitz. It's like a big family tree, with him as the roots. I’ve started calling him "the source of all things good". He is always turning me on to a lot great stuff I've never heard before, too! (Here's the most recent example of that.) 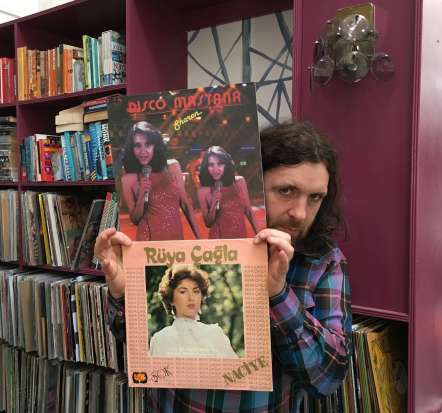 To hear more mixes by DJ Fitz, check out his page on Mixcloud and his popular podcast DOODcast. For upcoming DJ gigs, please visit his website (he is playing the Film Festival in Istanbul next week, if you are lucky enough to be there).

Hope you like the music! And thank you to David Macleod for the sound editing! 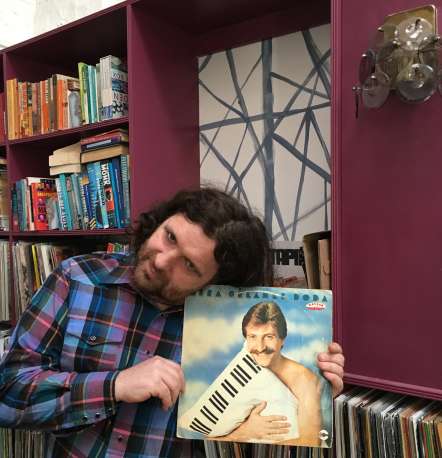