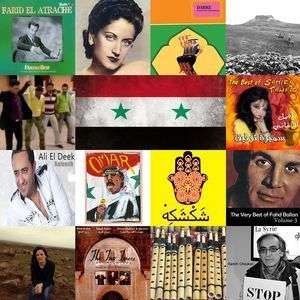 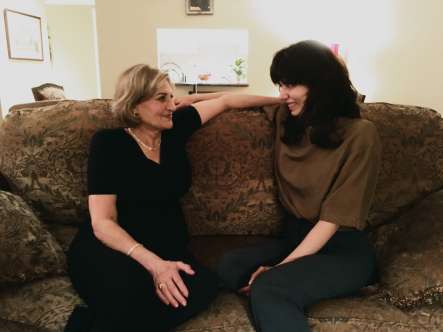 As a singer and bassist in Luaka Bop’s own Janka Nabay & the Bubu Gang, Syrian-born Boshra AlSaadi has worked with me for number of years. In 2012, the band released a fantastic album called En Yay Sah. They toured across the country and were written up in every newspaper between LA and New York. Since then, Boshra has developed her own solo project ‘SAADI’, released two albums playing bass in the band ‘TEEN’, and continues to work with Janka Nabay. Between touring and album mixing, we were finally able to get her—with the help of her mother Roada in Brooklyn and her Aunt Salwa in Damascus—to curate this playlist for DB Radio.

Back in 1980, Boshra and her parents left the small Druze region of Suweyda in southern Syria and immigrated to Bay Ridge, Brooklyn. She grew up visiting Syria every summer and dancing to dabke, a form of communal music and dancing performed at weddings and parties throughout the Levant.

The mix starts with a number of recent dabke jams, and then travels back in time, presenting some singers of the 1940’s and 1950’s who hail from the Jabal Al-Druze (Mountains of the Druzes). At the end of the playlist, you can learn more about their favorite songs in an interview between mother and daughter recorded at Roada’s home in Bay Ridge. The pair discuss the history of dabke, popular subjects in Syrian music, and the intrigue surrounding famed starlet Asmahan.

Special thanks to Salwa AlSaleh, Rami AlSaleh, Kinan Azmeh, Will Crofoot, and especially to Roada AlSaadi!

P.S.: If you're in NYC, check out 'Future Aleppo', an exhibition of 14-year-old Mohammed Qutaish's 4'x4' paper model of his hometown at Mmuseumm.