I make dances for people for a living; I am a choreographer. I trade in movement, a highly unusual profession. My work has appeared in a vast array of spaces, from The Chocolate Factory’s 30-seat basement in Long Island City to City Center’s 3,000-seat theater—both great venues. 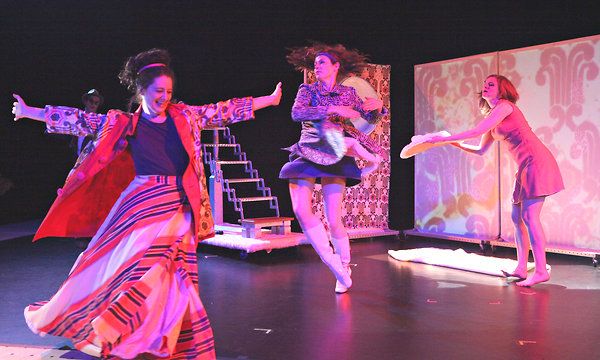 Last spring, Here Lies Love, a musical I choreographed, played to sold-out shows and rave reviews. This does not happen everyday in theater. But with an all-Filipino cast and fantastic music by David Byrne, this piece attracted awards like magnets to metal (and the $100 tickets were impossible to obtain). 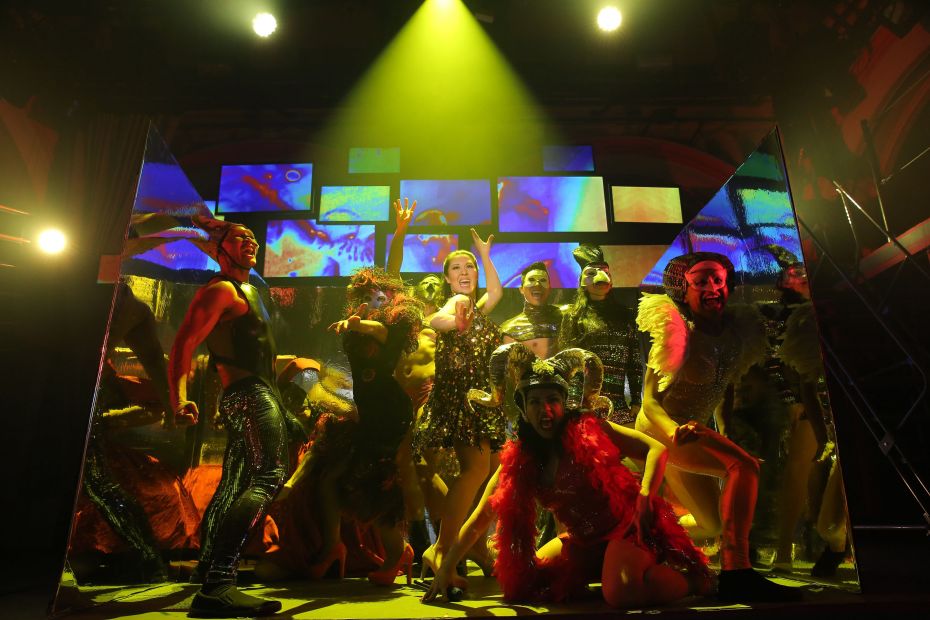 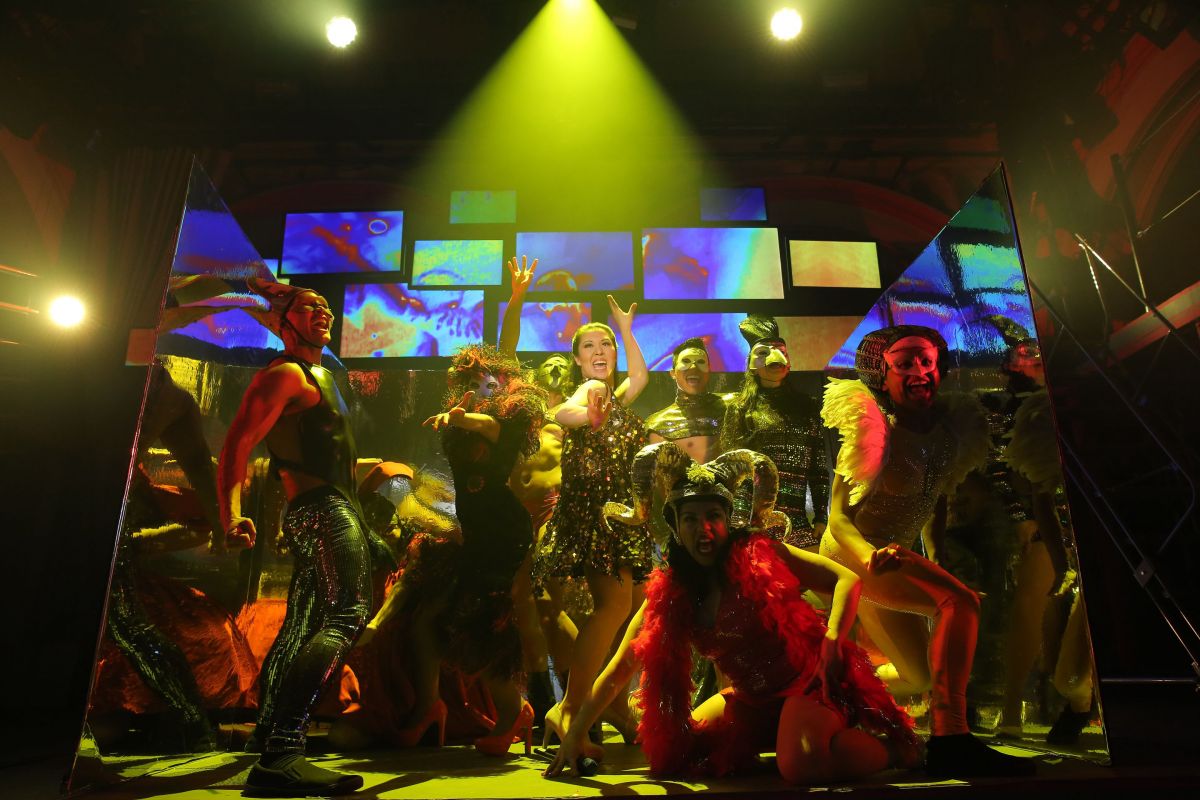 But, audiences might share my chagrin if they knew that those stellar performers—card-carrying Union members who rehearsed for nine weeks before the show opened—“took home” as low as $386 a week during rehearsals and $544 a week during performances. This is BEFORE taxes, agent fees and Union fees. Dutifully and beautifully performing eight shows a week (plus pickup rehearsals, video shoots and recordings), these stars join the working poor of New York City—all for love of the historical and political content of the show. Their well-trained, low-paid sweat was indeed part of the equity of the show. This Dickensian wage is not necessarily coming from producers, but legal protocol from the Actors’ Union, that the producers can take advantage of, if they see fit. And let me be clear, Here Lies Love is not alone in paying performers at this abysmal level; it is a common practice done in many off-Broadway theaters. A few years ago, my husband, Paul Lazar, performed in Classic Stage Company's production of Three Sisters (Maggie Gyllenhaal and Peter Sarsgaard were his cast-mates)—he netted $409.35 per week. Because of the addition of a commercial production team, when Here Lies Love returns to the stage this spring, the actors will be making "about double" their original salary—which is great!

The value of the arts in society has been written about and studied ad nauseam—from purple prose to hard science. Assuming that you, reader, agree that the arts are a necessity, it might come as a surprise to know that most of the mega-talented performers you see onstage earn less than your babysitter. We know that artists often come to the arts out of passion, and like many hard working visionary people, they make great sacrifices to participate in their chosen field. The arts has a mythology to support this, evoked by the phrase “starving artist”—the notion of suffering nobly for your work. But often this “suffering” (aka: not being paid for your work) is an exploitation of their love of what they do, in tandem with the poor economics of producing live theater. We can assume that most people who see and produce theater are concerned with issues of social justice, and the theaters are filled with plays on this very subject. Yet, ironically what is being espoused on stage might not be in alignment with the workings of the theater itself. 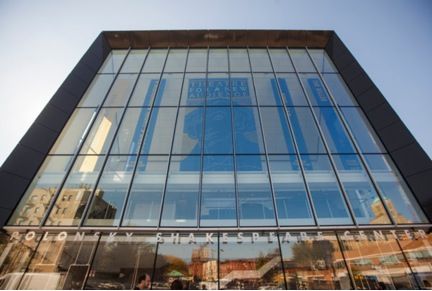 So, as Bloomberg's extended legacy is being analyzed and historicized, it must be noted that one of his most valuable contributions has been to the arts, particularly the building of new and refurbished theaters. What a tremendous addition to our city, whose cultural capital is great, influential and robust! Indeed the NYC economy depends on the arts, not only for its cultural capital, but also for its muscle in the tourism economy and the overall mojo of the city. Cities and their edifices, a historic love affair! Rulers have proudly constructed pyramids and palaces throughout history and this sexy act has constituted a visual legacy.

To be specific, NYC taxpayers supported renovations and new theaters including: The Flea: $5 million, Theater for a New Audience: $34.5 million, BAM Fisher: $32 million, BRIC: $41 million, Public Theater: $28.5 million; and Signature Theatre: $27.5 million. The availability for this funding stipulated that it could only be used for building and refurbishing—NOT for production expenses—meaning dancers’ and actors’ salaries. Meanwhile, those who dance and sing and act on these new and refurbished stages are poor people, typically living below the poverty line.

Capital projects seem to attract millions of dollars, but a decent wage for people who sing and dance and act is somehow “too expensive.” What does that say about the values of the theatrical community? I am sure every producer in NYC, every Artistic Director, and the Union views themselves on the side of angels—a noble advocate for the arts, but there are rifts and cracks here that cannot be ignored. 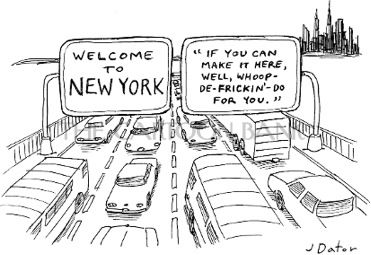 "Fair treatment for artists will ultimately require a major change in how we support the arts. Fortunately, however, we already have an excellent model, in our support of athletics… our support for sports is essentially socialist, with local and state governments providing enormous support for professional teams."

Taxpayers paid $370.9 million for Yankee Stadium, plus $39 million for the nearby rail station to accommodate the crowds. The Mets stadium cost taxpayers about $221.8 million. More concrete poured, but in this case the talent is paid famously well by venues who receive such government support.

What is the solution to paying performers adequately for what they do? The issue looks from the outside like a giant passing of the buck and a conundrum all at once: because of Actors’ Equity’s fee structures, producers can legally pay performers shockingly little—yet the unions may feel they would hurt theaters if they demand higher artist fees, as fewer shows might be produced, creating less jobs. And, at present, non–union experimental dance and theater performers cannot apply directly to foundations for grants, I believe because they are not philosophically deemed "generative artists."

Perhaps we should take notes from countries who have instituted policies that ensure support for performing artists. I emailed a dancer I know in Sweden and asked how she affords to stay in the field. She said the government subsidizes dancers based on their training: “For dancers that have trained at Swedish ballet schools, at colleges, or other relevant training in Sweden and abroad, there are the recommended minimum wages according to the person’s experience within the field, year by year. An employer can choose to pay more. There is also the dance alliance (dansalliansen). To apply you must have been employed by someone for a minimum of 8 months within a year. The dance alliance will then pay you when you are not employed, the period in between work, whilst you are auditioning. During this time they will also provide you with workshops in all sorts of things that may help you develop artistically and professionally.” I asked a dancer in England how he affords to stay in the field and he said that typically he earns his mortgage (mortgage!) in the first 10 days of the month, working as a dancer. As I write this, I am working with my company, Big Dance Theater, in France; we have a commission from a theater in Lyon. Yesterday, all my performers signed a contract to be paid €576 ($800) a week by the French government—a law in France. (Double the Actors' Equity Union's minimum rate for a 5-performance week salary.) No wonder we are having a talent flight here in NYC.

It is long overdue that the performance community, with the support of the city and its mayor, the foundations, and the unions, open a serious dialogue about how to pay performers for the work they do on these new stages, built on their own sweat equity. The working poor look differently than one might expect, and some of them are beautiful dancers with as much training as your doctor.*

*Ed. note: the final sentence of this piece has been removed at the author's request.