I have a bias towards the vernacular in many areas—in architecture, music, dress, song lyrics, food, and more. I think my bias stems from a possibly mistaken belief that the vernacular—things that we may take for granted and that we may think of as having no author or single creator—are untainted by the often slow-to-adapt and elitist cultural canon. This bias seems like a good thing to me as the canon is, in my book, suspect for various reasons (though I’m sure not all of those reasons hold up to scrutiny). I might also tend to value the vernacular as it has withstood the test of time—“vernacular” items often remain relatively unchanged for long periods, which leads me to assume that they’re not just passing fads but minister to some deep human needs. In evolutionary terms they might be viewed as a type of local species—one that has adapted well to a particular place over the course of time. The vernacular is something that therefore evolves organically from the bottom-up rather than something that is imposed from the top-down by “designated experts”.

As a counter tendency to my bias, I also like a lot of innovative work and enjoy new imaginative ideas even if they are not totally practical—in music (no surprise there) but in a lot of other areas, as well. 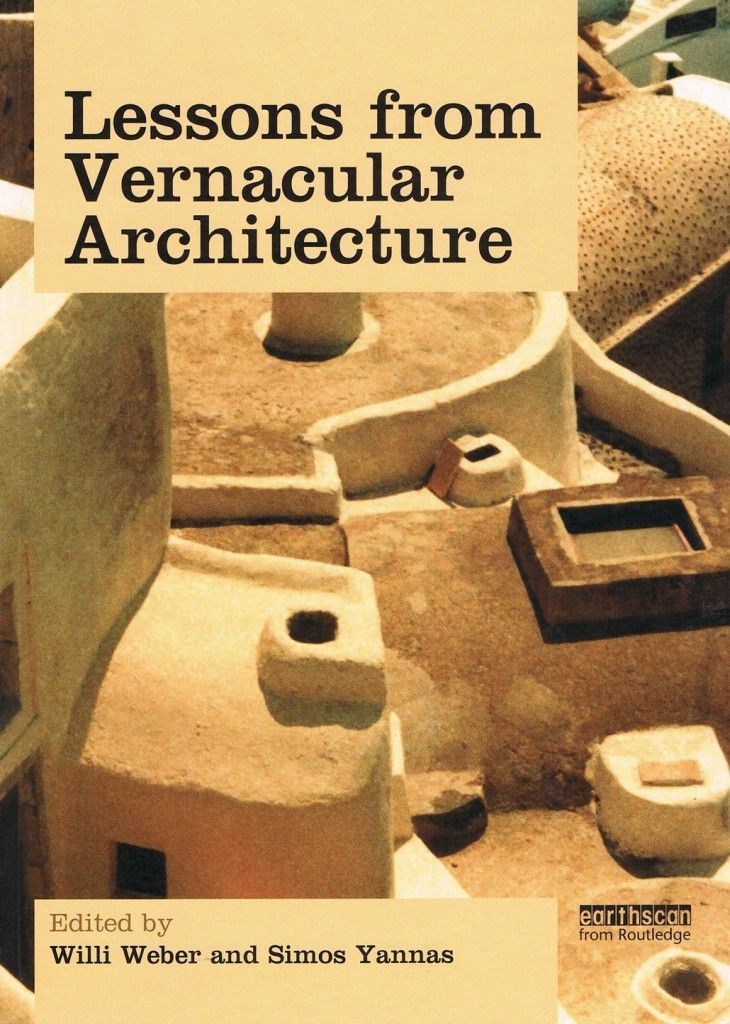 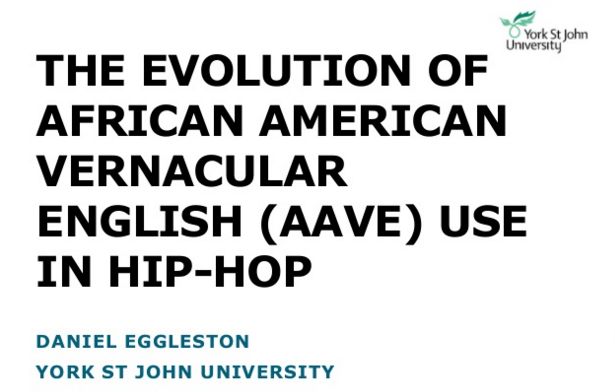 Music
In music, specifically, there are artists who self-consciously try to break the mold (I might be guilty of this) but there are others who dig deeper into existing, vernacular forms: blues, bluegrass, hip hop, fado, gospel, samba, pop, house, etc. These artists include Sam Amidon, Rhiannon Giddens, Nellie McKay, and many more. By working within these forms (i.e., forms that don’t change very much over time) they often arrive at something that feels almost timeless (though of course nothing really is). House is a kind of folk music in this view, for a specific kind of folk. These artists or artisans find a whole universe working within a very proscribed area; they find some wider resonances by doing minor variations on the same thing. Are they stuck in the mud traditionalists or poets of the humble?

Architecture
In architecture making the distinction between what is and what is not vernacular is relatively easy to do. Published in 1964, Bernard Rudofsky’s book Architecture Without Architects encapsulates a way of looking at architecture that evangelizes the vernacular. It was originally published in conjunction with an exhibition of the same name at the Museum of Modern Art, of all places. Rudofsky looked at traditional buildings and houses all over the world and opined that vernacular approaches are often more humane and better suited to their environments than many of those self-conscious edifices that “name” architects strive to create.

Here is an image of some houses in Hyderabad that have roof scoops that catch the breeze and cool the interiors without electric air conditioning from the book Architecture Without Architects: 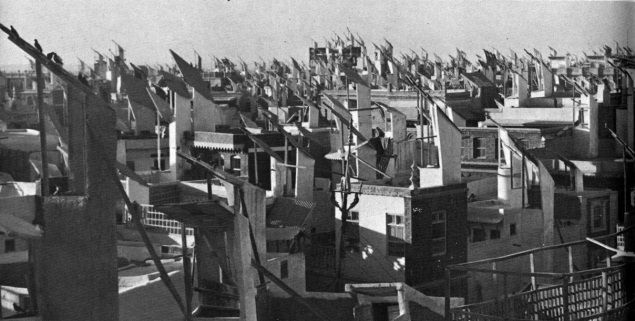 Then there’s the Venturi, Brown, Izenour book, Learning from Las Vegas, that (perhaps slightly perversely) proposes that big-name architects might learn something from the tacky, vernacular insanity of commercial strip architecture. I might not like suburban sprawl, but the sense of play and lack of pretension seen on the Las Vegas strip is sorely missed in some of our officially sanctioned “tasteful” architecture. 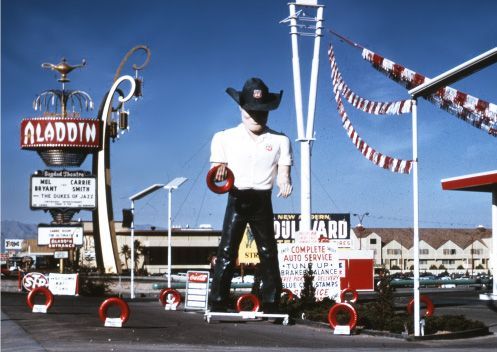 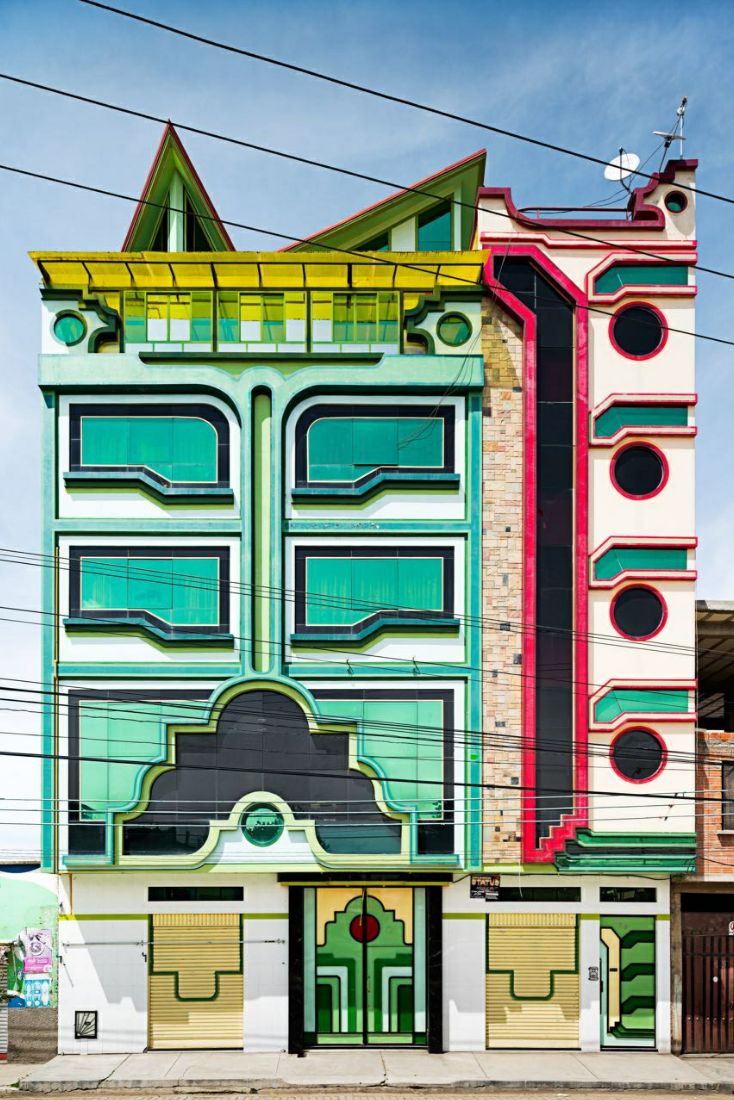 Is the typical California bungalow below an example of vernacular architecture—or are they knockoffs of the more elaborate and luxurious Greene & Greene and Maybeck houses in LA and the East Bay? 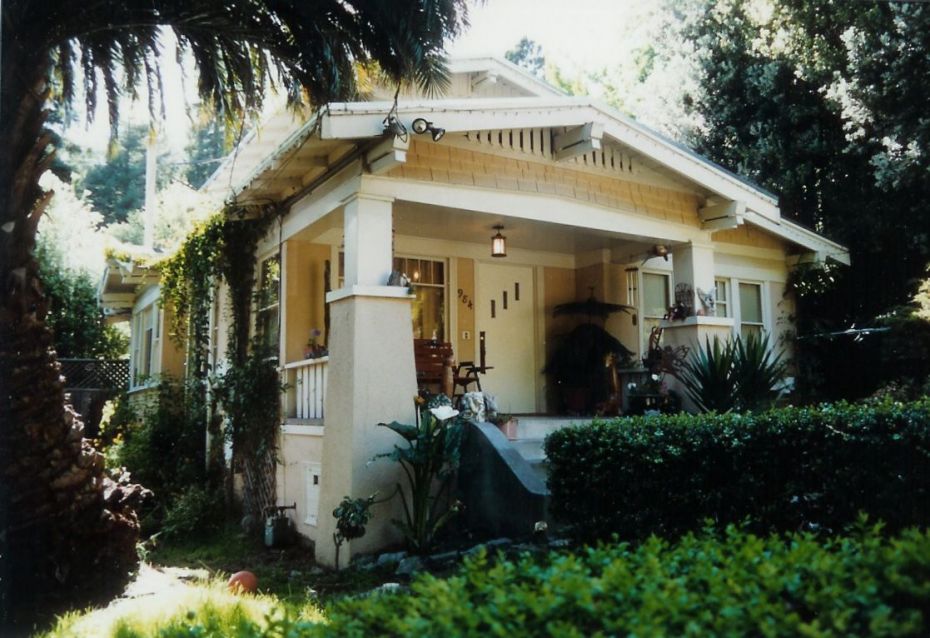 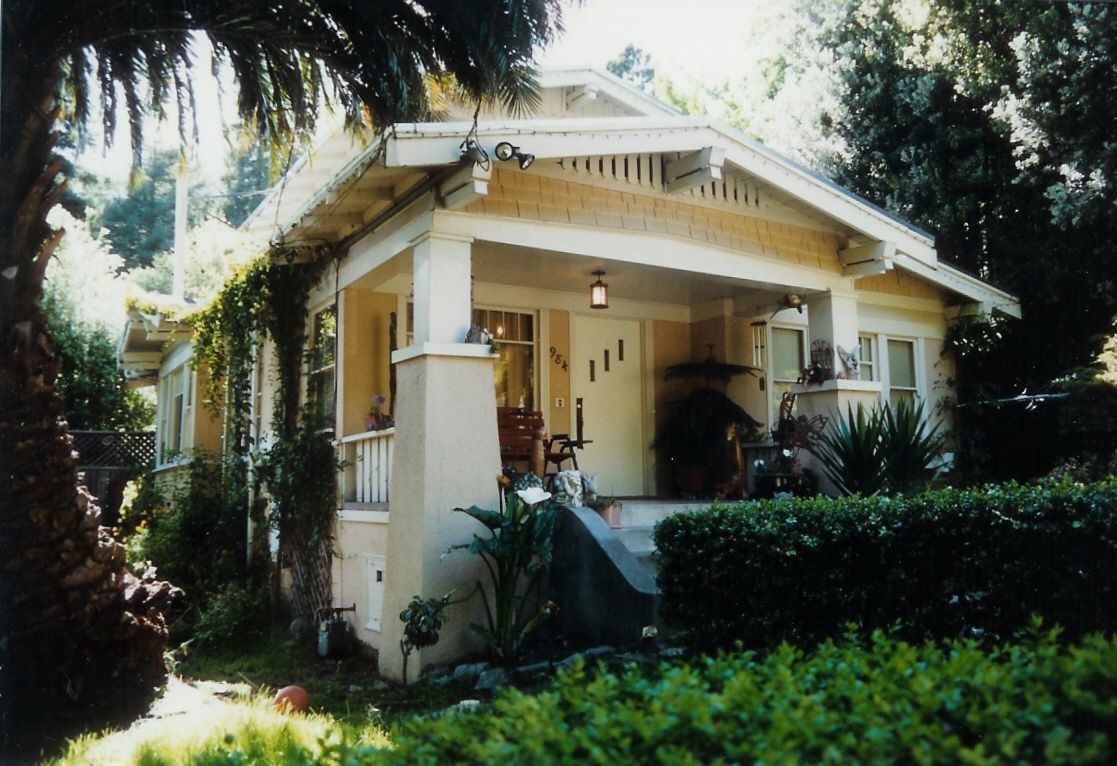 But I think a lot of modern and contemporary work is pretty cool, too—it’s not that I’m all or nothing about this. Villa Malaparte in Capri, a modernist classic, is pretty amazing looking: 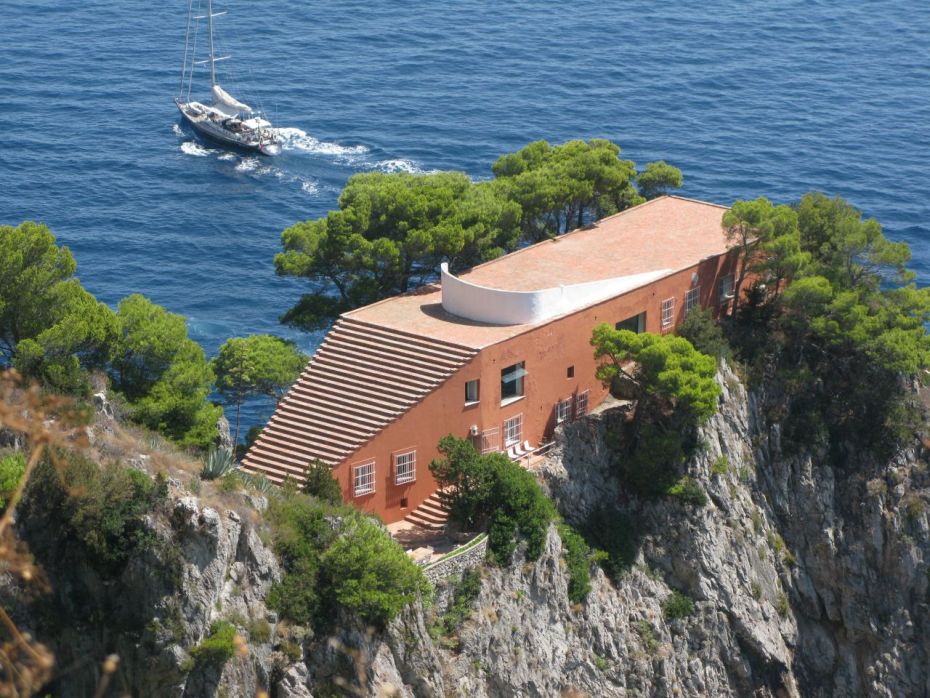 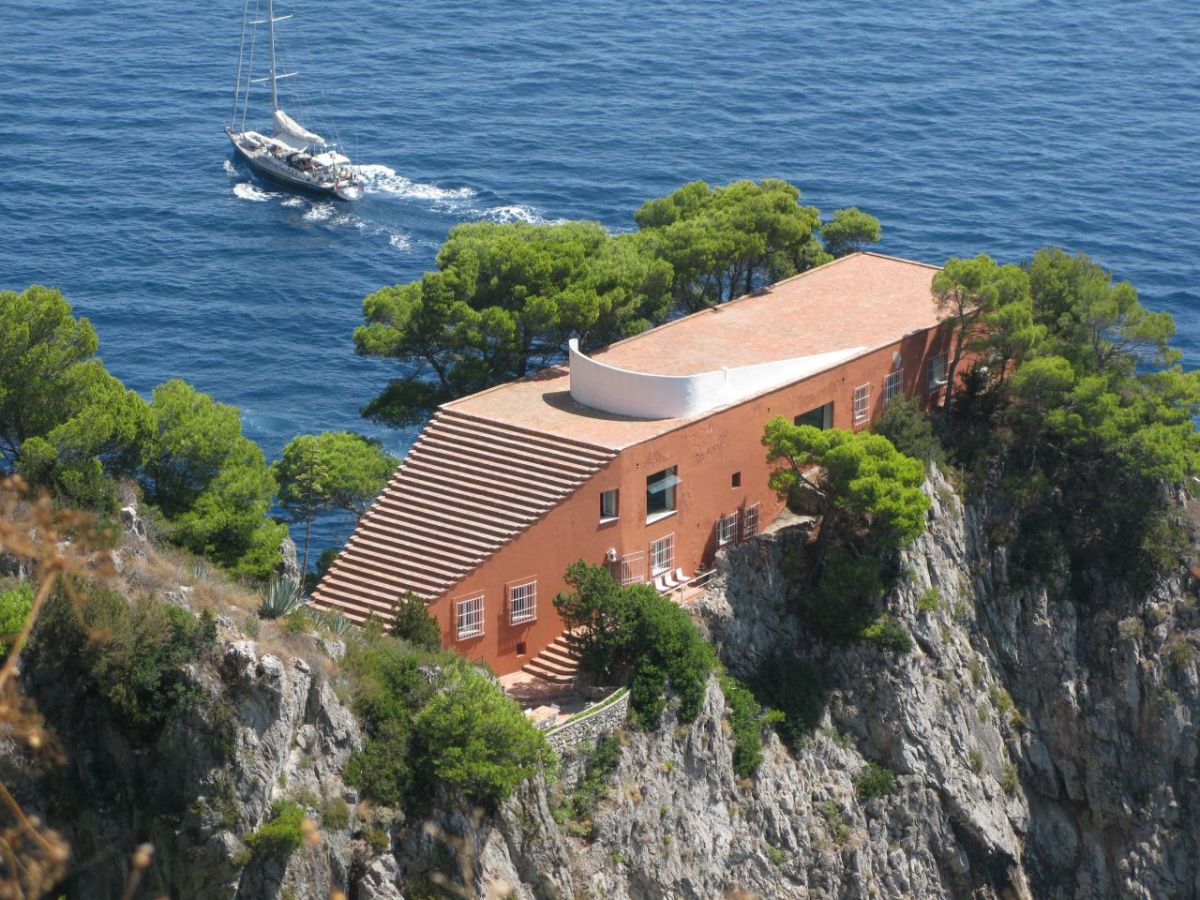 Clothing
Rudofsky did a book on clothes, too—Are Clothes Modern? In it he calls the fashion industry to task for enticing us to wear uncomfortable and impractical garments. He looks at foot binding, corsets and heels (and also at men’s clothing) and compares them, often unfavorably, to traditional dress that has endured for ages.

Here, from his book, are some dummies that imagine what the body would look like if it actually were the shape implied in some kinds of dresses:

And food!
There’s a perpetual revival of vernacular cuisine, often re-presented in a contemporary way to appeal to modern visual sense. Folks often make pilgrimages to the latest “authentic” Thai or Mexican or cuisine-du-jour restaurant. I once went to a delicious tapas bar in Barcelona that serves only canned food! But those revivals are beside the point—often very traditional food is actually the healthiest and uses fresh, local ingredients, its recipes honed over hundreds of years.

Speak my Language
The adoption of vernacular language has had profound cultural effects. From Stephen Krashen’s book The Power of Reading:

Until 1500, around 60 to 65 per cent of the books printed were in Latin; thirty years later, books printed in the vernacular [languages] far exceeded those in Latin. The shift from Latin and Greek towards the vernacular had important cultural implications for the construction of national readerships. It meant that readers began to identify themselves with those who shared the same language and gradually a national readership was born. Books were also produced for different groups of readers. [emphasis mine]

So, about 500 years ago books—literature, science, religion, all sorts—began to be available to the more or less lay public (although not everyone was literate there was still a huge increase in readership). As knowledge and ideas became more widely available there was inevitably a sense of empowerment—knowledge was no longer totally inside a walled garden. Soon enough, folks began to form opinions of their own—and massive religious and cultural upheavals followed. The French Revolution is partly credited with the spread of printed ideas, and there’s Thom Paines’ little tract that helped ferment the establishing of the U.S.A. So in some sense the acceptance of the vernacular—especially vernacular language—seems to have had a democratizing effect, but, as Krashen points out, that binding and democratizing effect comes bundled as it both unites and separates. The sense that we’re all one is often limited to speakers of one’s own language, or to those that dress a certain way, eat a certain kind of food, enjoy a specific kind of music, etc.

Reading and writing in the vernacular helped French folks begin to see themselves as being similar to one another—having sensibilities in common—and a sense of Frenchness increased. Their common architecture, customs, food, dress and music mutually reinforced one another. In some ways this seems all good, but it has a dark side—such definition means that these more defined and cohesive cultural groups become increasingly separate from each other (i.e., from what they “are not”). The emphasis on what we as a people read, do, watch, sing, buy and sell, etc., makes us unique, as well as different and apart from everyone else—which can be used to negative affect. In contemporary language the local vernacular creates silos which, good for a sense of identity and shared community, is potentially volatile if pointed at one’s neighbors, i.e., the “other”. As a friend whose family is South Indian writes:

It [this resurgent sense of identity] helped my folks unyoke ourselves from the Brit oppressor. This was not unalloyed bliss but there was a confidence that came from there not being a single canon. I always LIKED Babel; never understood why it was a curse even as a child. I think part of the intrigue of the vernacular is this: it springs from context vs. being imposed on context. It has an uncertain status: it could be beautiful; it could be shoddy. No Pope determines which.

From the Wikipedia page for “Imagined Community” (retrieved February 22, 2016):

According to Ben Anderson, the creation of imagined communities became possible because of "print capitalism". Capitalist entrepreneurs printed their books and media in the vernacular (instead of exclusive script languages, such as Latin) in order to maximize circulation. As a result, readers speaking various local dialects became able to understand each other, and a common discourse emerged. Anderson argued that the first European nation-states were thus formed around their "national print-languages."

According to Anderson's theory of imagined communities, the main causes of nationalism are the declining importance of privileged access to particular script languages (such as Latin) because of mass vernacular literacy; the movement to abolish the ideas of rule by divine right and hereditary monarchy; and the emergence of printing press capitalism ("the convergence of capitalism and print technology... standardization of national calendars, clocks and language was embodied in books and the publication of daily newspapers")—all phenomena occurring with the start of the Industrial Revolution.

Is the resurrection of Hebrew as a vernacular language evidence of its connection to nationalism and a sense of identity? A little more than 100 years ago it was a dead language, like Latin, used mainly by scholars and priests, but over the 20th century it was accepted as a spoken and written vernacular language and it became a means of affirming identity—a common language that helped unite members of the disparate Jewish diaspora and eventually solidify Israel as a nation.

Reality Check
I tend to think of the arts as being a force across humanity, as something we humans have in common that unites us across borders and cultures, as a humanizing force for good… but I got a rude shock some years ago.

I remember wondering whatever happened to the lovely ecumenical artists—whom I met in Belgrade when I was there as part of a music tour—after the breakup of Yugoslavia? There was a lot of “mail art”—it was a cheap and cheerful way to create and reach out before the Internet. (Body art was cheap to produce, too, as you were the material. Performance artist Marina Abramović, who is truly international now, emerged out of that Serbian scene.) 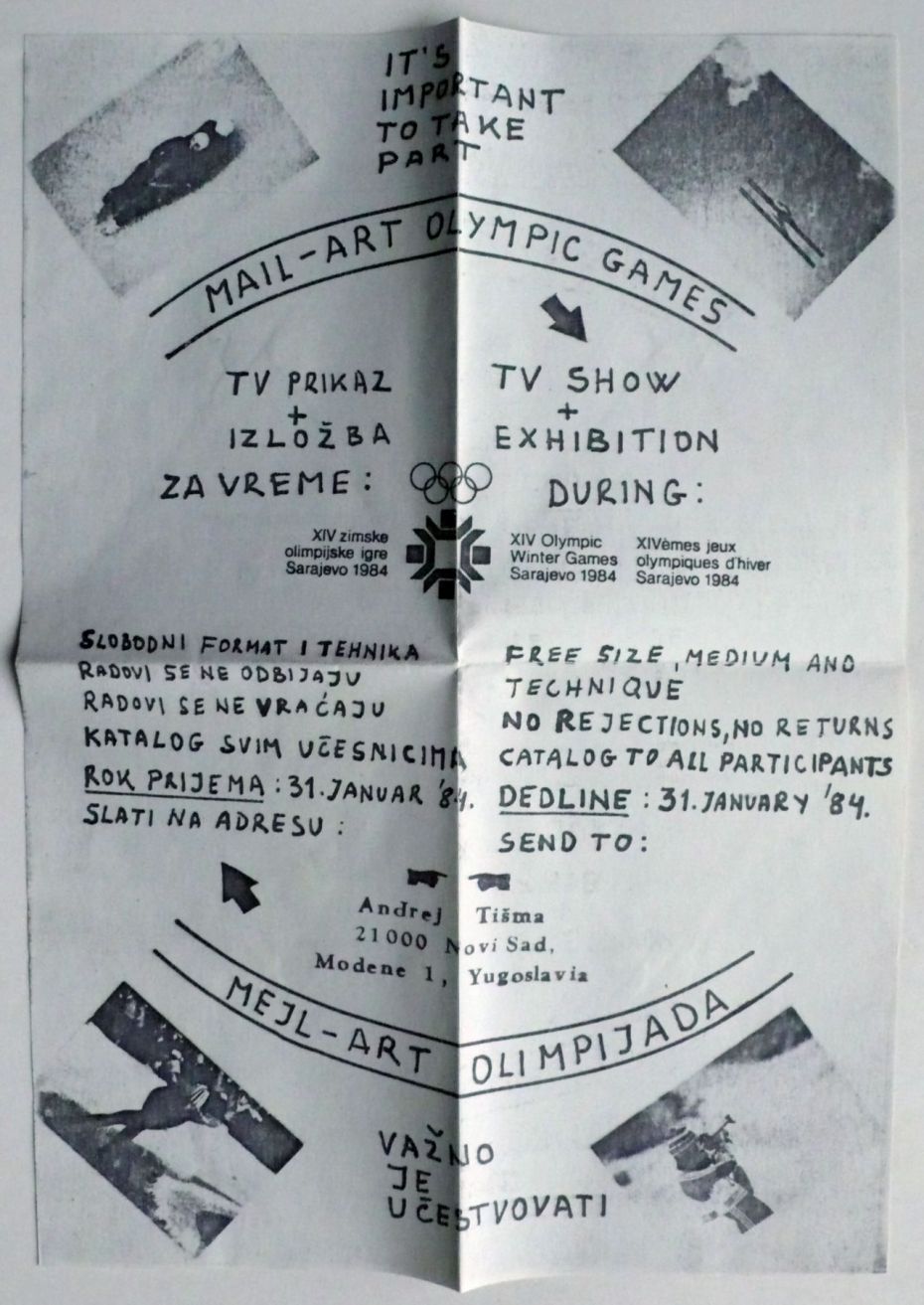 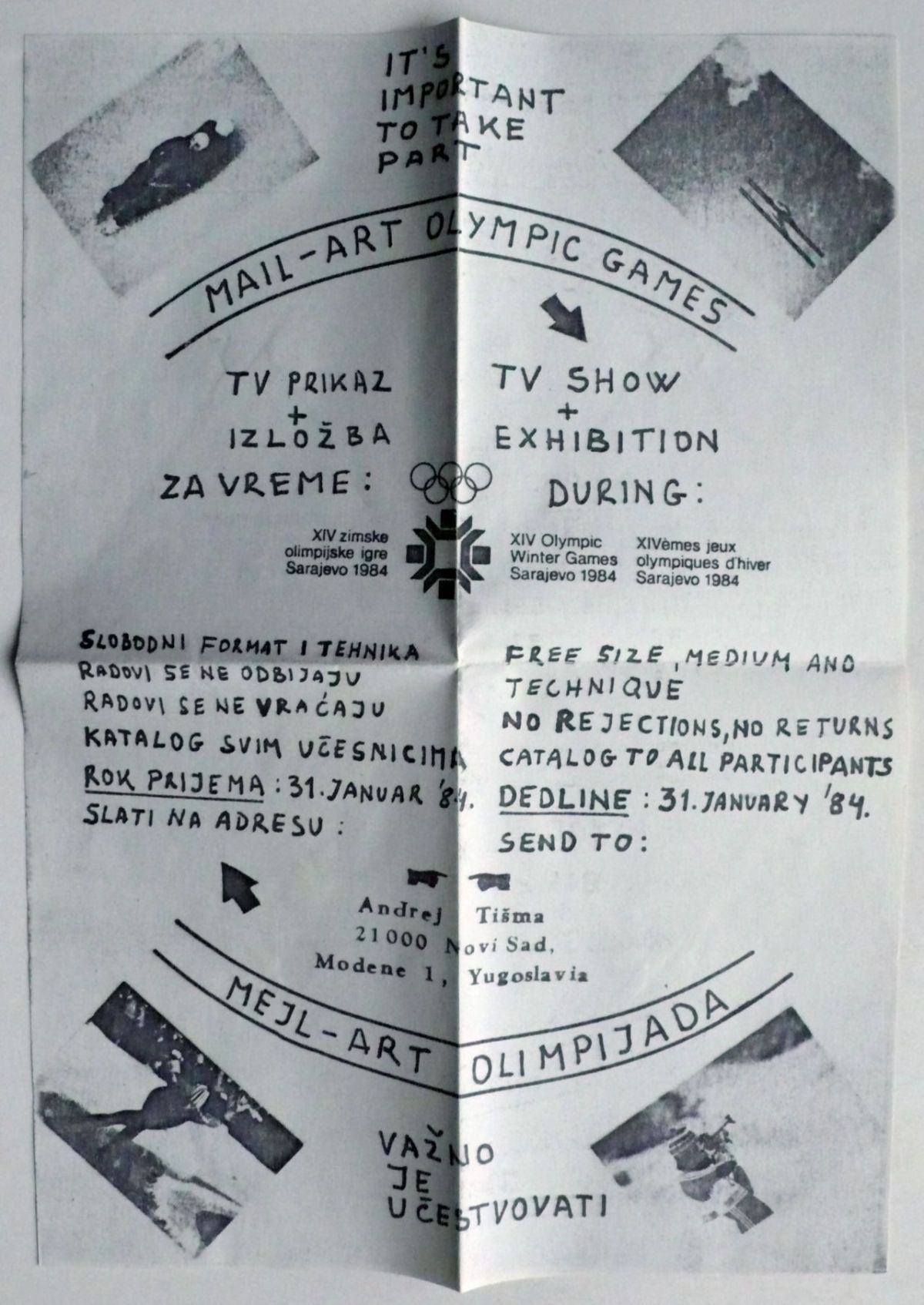 The answer shocked me [note: this response came from Croats after the breakup]: "Those ‘nice artists’ were on the forefront of the breakup!" I was shocked to learn that the local culture was being used to ratchet up local identity and nationalistic feelings. Anything local—food, culture, language—was adopted as an identity-marker and the difference between the “in” and the “out” was thus exaggerated. Culture, the nice humanistic field in which I think I toil, was the wedge.

I was disillusioned—my romantic idea of culture as a sort of bridge that brings different folks together lay shattered. I realized that, in a way that is similar to what we see with empathy and fairness regarding ingroups and outgroups, we empathise with and seek fairness mainly for those in our own tribe. There are two sides to these coins—even culture has a dark side.