There have been almost daily reports in the news about the battle between Amazon, the U.S. publisher Hachette, and German media group Bonnier. As is the way of many tech companies (especially ones like Amazon that have high stock valuations, but don’t make a profit), Amazon's business tactics are among the most ruthless in the world. Their typical mantra to suppliers, vendors and competition is, “We’re all powerful. You have no choice but to accept our heinous terms—or else.” Hachette is a big company—it’s not a little guy—so if they can’t get this worked out, the actual little guys don’t stand a chance. 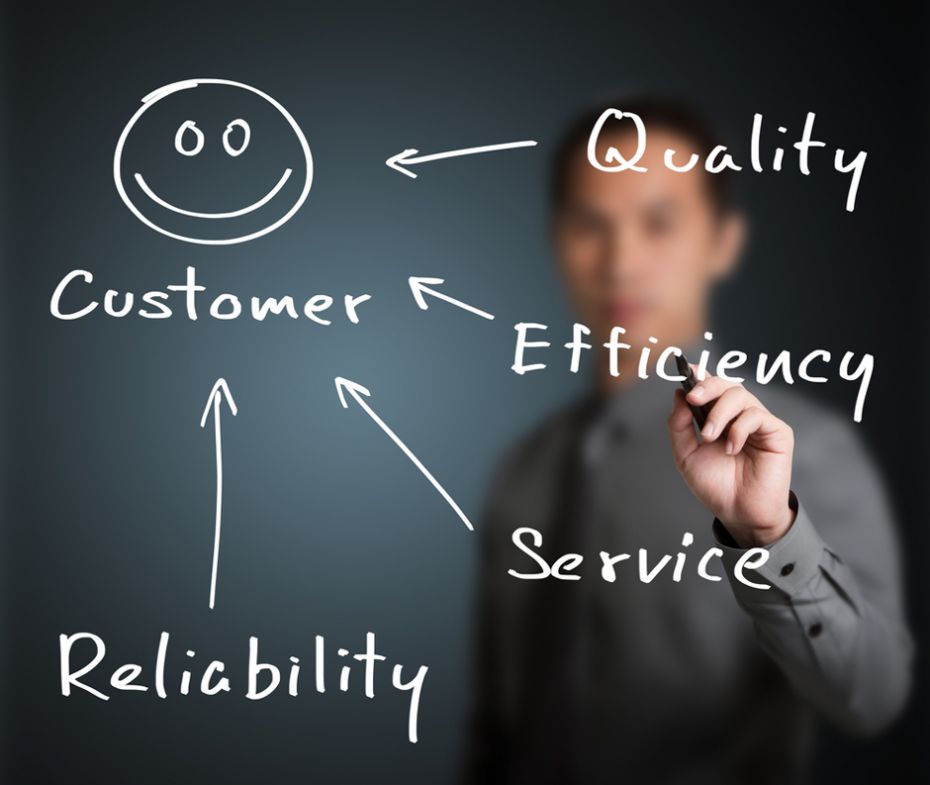 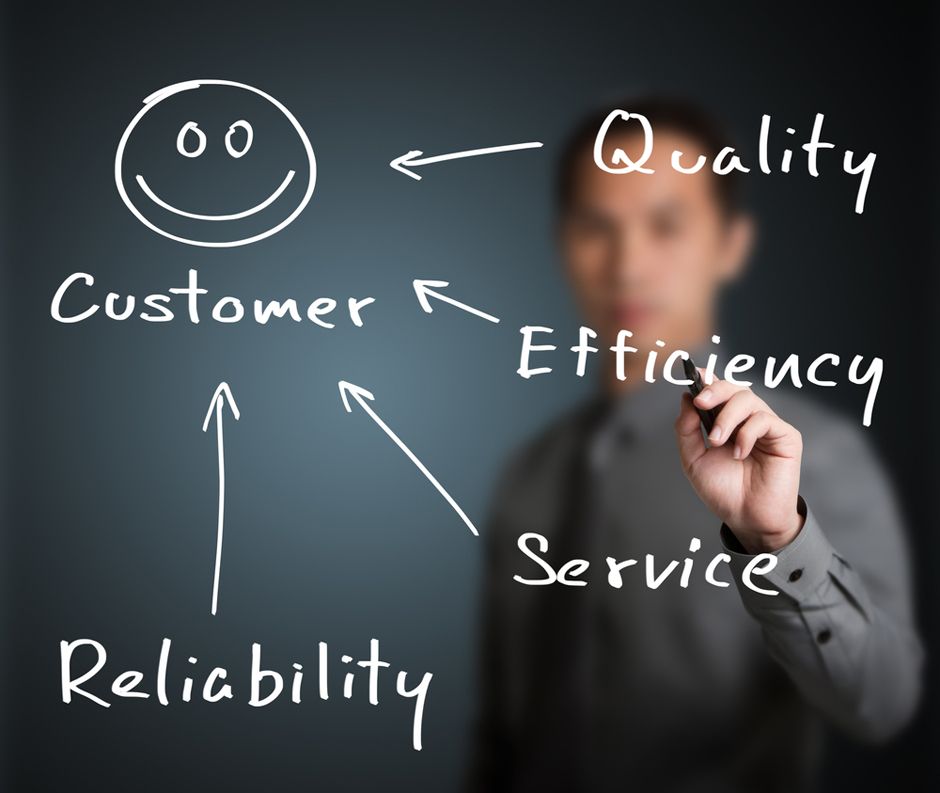 There’s a philosophy behind these decisions that is based on the idea that a moral goal and guiding principle for societies should be the greatest good for the greatest number. The English social reformer Jeremy Bentham gets credit for this quote—the original quote is actually, “The greatest happiness of the greatest number is the foundation of morals and legislation.” 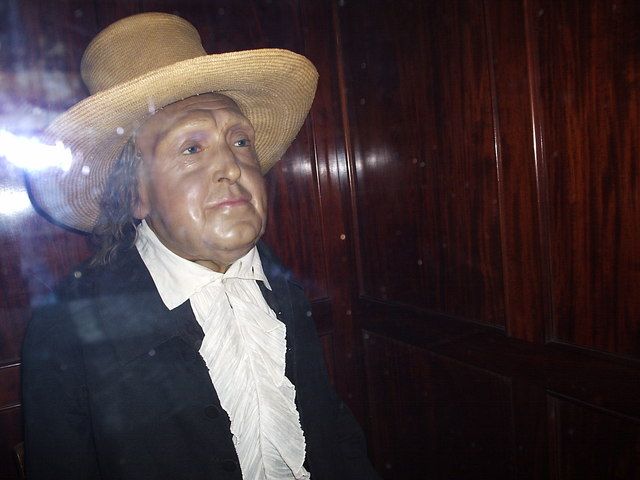 Bentham also designed the Panopticon, a prison designed such that a very small number of guards could watch every prisoner. 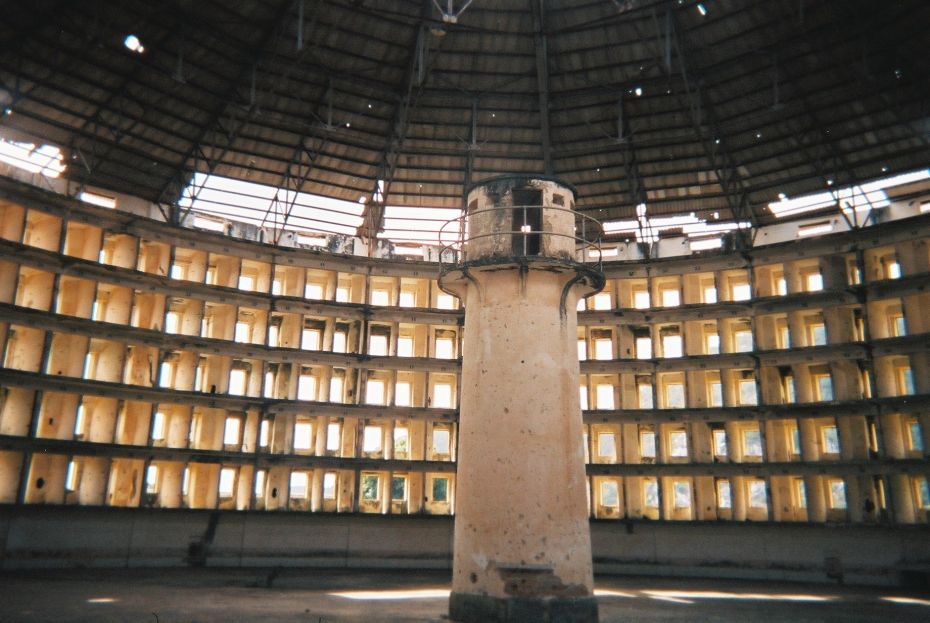 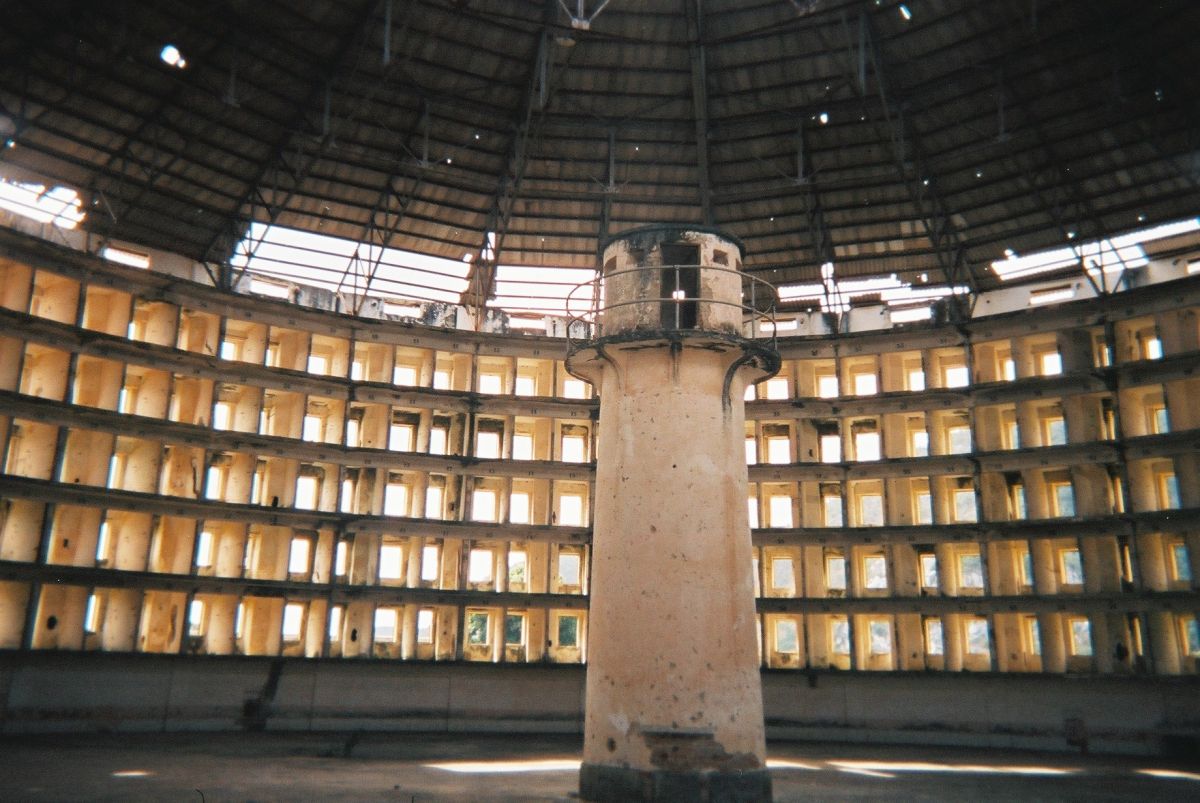 It's a slightly creepy surveillance model that was hugely influential, but back to the tyranny of the consumer...

I grew up in a small town just outside the Baltimore city line. There were two gas stations in town. As happened fairly regularly in those days, the station owned by the bigger company would at some point begin to undercut the prices of the independent one, sucking up their customers until the second filling station used up their savings, gave up and went out of business. Usually the big guy, having eliminated the competition, would then raise the prices back up. The benefit to the consumer was short lived—and ultimately resulted in higher prices, consolidation and a monopoly (or close to it).

Microsoft was well known for doing this same thing. Apple too dictates terms that some consider unfair. The success of Walmart is partially due to the fact that it undercuts the prices of stores on Main Street and often, within a year or so, the Main Street of a town under the shadow of “Wally World” becomes a ghost town. That Walmart might be unfair to its workers and bribes politicians to get into good locations around the world is overlooked, as everyone goes where the low prices are. Walmart is really convenient, too—like Amazon, it’s an everything store. The consumer benefits, at least in the short term, so who can blame them for making what seems like a logical choice? So, following similar actions made by Microsoft, Apple and Walmart before it, the behavior of Amazon is no surprise here. 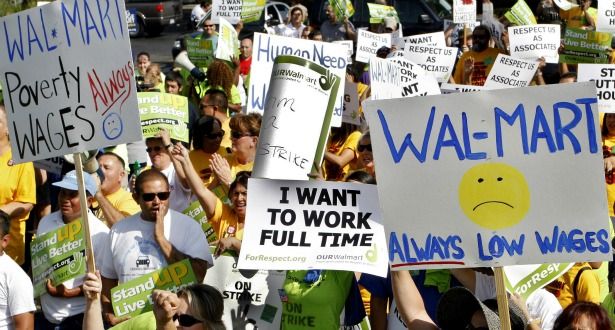 What do we lose when this big box takeover occurs? We lose more than just some mom and pop stores. We lose a place where people’s lives intersect and where our neighbors are the ones who deal with us—who often own the stores and work in them—as opposed to a faceless corporation or a virtual store with no face at all.

The big box stores do provide local employment—but could they possibly employ more people than the stores that they displaced? That’s a little hard to believe, as there’s only so much stuff we can buy—and to keep those prices down, they would have to be more efficient than the mom and pop stores, i.e., have fewer employees per item sold.

The employees in those big chains have no equity in those companies—mom and pop at least own the store. Those employess don’t benefit even if the company does well, so they have no incentive to make the company better.

Full disclosure: I still buy things on Amazon. It’s easy and the stuff arrives quickly. I’m guilty of being lured by convenience and low prices the same as anyone else. I initially switched to buying music at Amazon or eMusic because iTunes has DRM (Digital Rights Management) on many of their tracks—which means I am limited by the number of my own devices on which I can listen to my own music. They have been removing this, but it’s impossible to determine which files have been scrubbed. Nowadays, someone like me, who actually pays for downloads, is increasingly a rarity.

Why do we tend to underplay the consequences of the dominance that these companies have? Metrics like prices and delivery speeds are easy to measure—loss of community is less tangible, a harder thing to quantify and measure. People who work for Amazon or Walmart don’t exactly bring back glowing reports on how fulfilling their jobs are—horror stories are more like it. Happiness and fulfilling lives—that’s hard to measure, too.

Of course, the Bentham philosophy has been applied to recorded music as well. On-demand streaming services like Spotify, YouTube and Beats make their payments to the record companies and, somehow, what money gets passed on to the artists ends up being a miniscule dribble, lower than CD royalties or even download royalties—way too small to live on. These services will claim, partially correctly, that we artists should take this issue up with the labels. In the end, the consumer is happy as they are getting as much music as they want, when they want and where they want for a low, low price. The fact that the folks who make that product can no longer make a living from it seems irrelevant. That’s disruption! Adapt or die!

The same thing is happening to TV. The company Aereo is offering cheaper over-the-air TV to customers by harvesting the broadcast signals of networks and then making them available on-demand on the Internet… without paying any licensing fees. The consumer would initially benefit, but as with music, one wonders who is going to pay for the creation of network shows in the future—shows that drive the customers to use these services. There needs to be some kind of fairer arrangement that will allow for the creation of future content. The Aereo case is currently before the Supreme Court, but if the judges privilege the consumer in the short run, as often happens, we know what the outcome will be.

Trade agreements like NAFTA (and the new Pacific one being finalized) did the same thing for goods like cars when the industries that once manufactured domestically abandoned U.S. towns for places where labor was cheaper. The long-term effects were disastrous—not just in the U.S., but in Mexico and elsewhere. Mexico is bouncing back, but Indonesia seems to be in the process of having its natural resources gutted. Cheap clothes are made in Bangladesh and we all know what happens there. Here are workers in Cambodia: 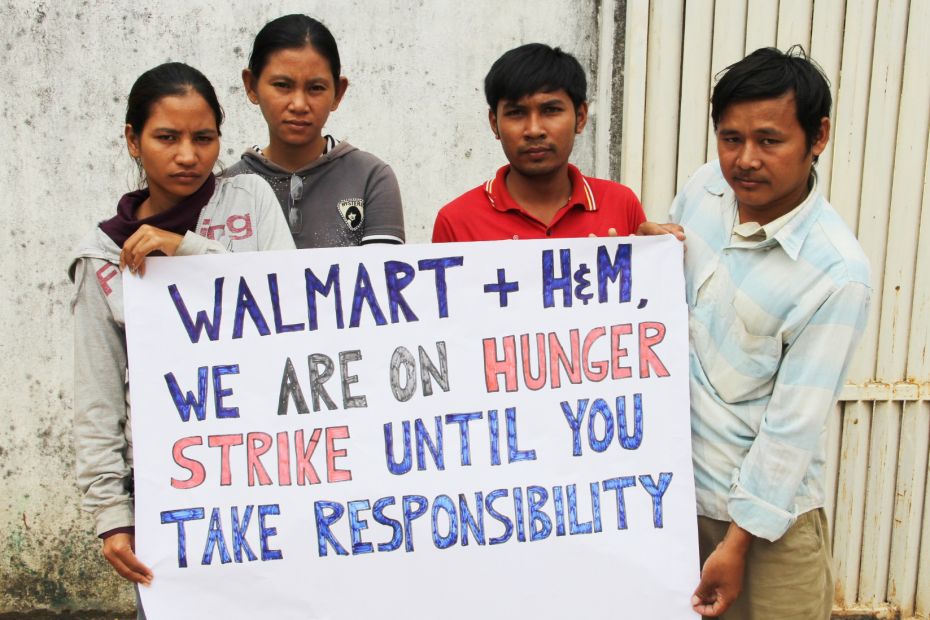 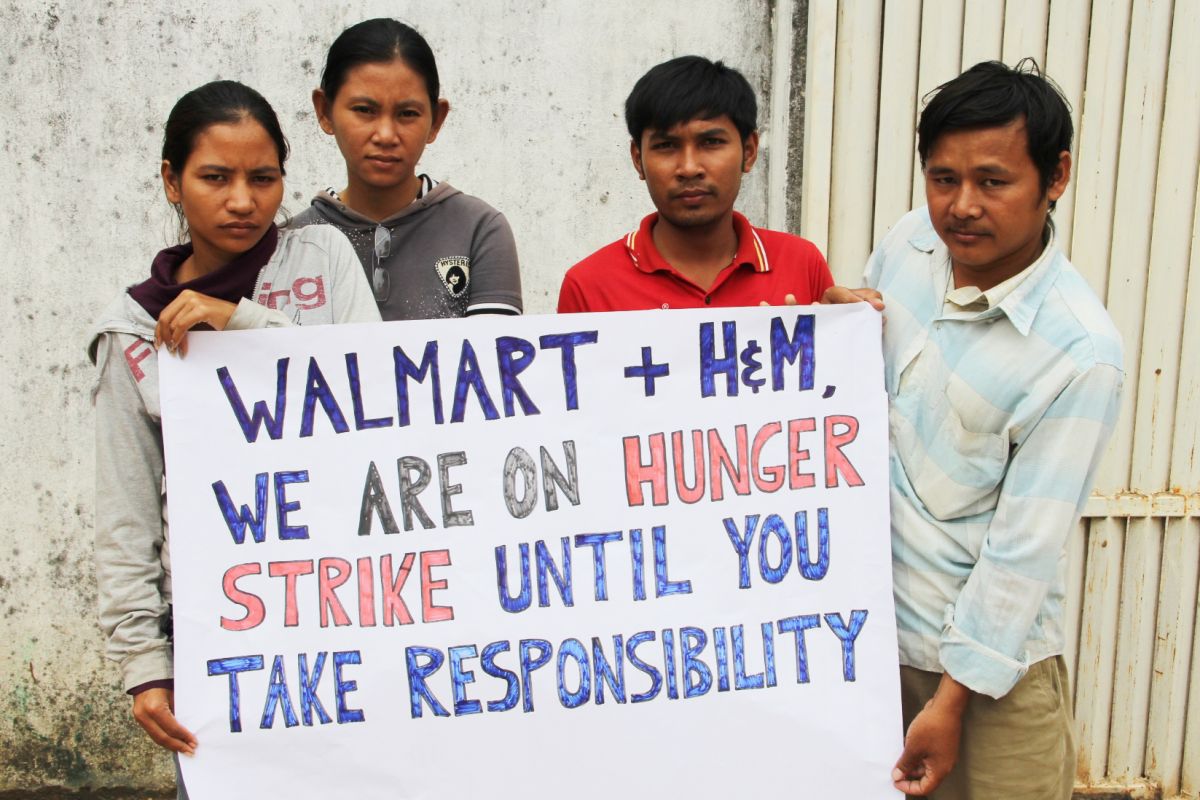 So, sometimes to really determine the greatest happiness, one might take that wider, longer view. The typical consumer maybe can’t be expected to instinctively want to do that. We have to be protected from ourselves, to some extent. Cheap fish? We as shoppers say that’s good. None left in the ocean after a couple of decades? Whoops. Maybe those low prices came with a hidden cost. Coal as a cheap energy source? Cheap wood from the Amazon? Not to say Bentham’s formulation is wrong, but when one takes a longer and wider view, the happiness obtained in the short term is often short-lived and deceptive. The real costs are hidden, sometimes not showing up for decades—well after the corporations have moved on.

So, the solution to protecting ourselves from ourselves (our attraction to simple convenience and low prices for example) would ultimately seem to be to limit the influence of money and lobbying in our government.

Here is a TED talk that legal scholar Lawrence Lessig did on this subject. While I may not agree with Lessig’s occasional justification of piracy, his recent focus on lobbying and corruption seems spot on.

Here’s a diagram from his recent book, Republic, Lost, where he gets more detailed: 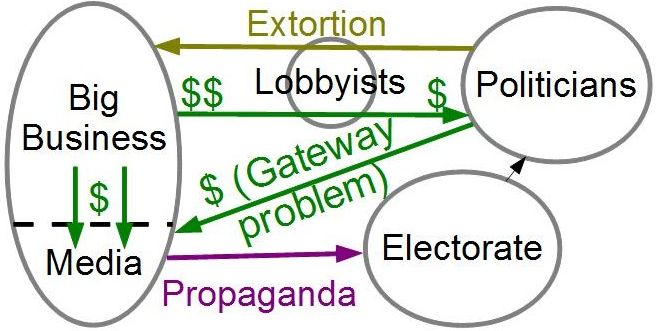 Waking up these watchdogs and giving them their teeth back seems like a possible alternative to succumbing to the consequences of our short-term instincts. The long-term solution to the Amazon issue might be this kind of proposed legislative reform.

It turns out that Lessig is heading a Kickstarter-like campaign—a big one, with a goal of $5 million—to end the influence of dollars in politics. A SuperPAC with the aim of ending SuperPACs!