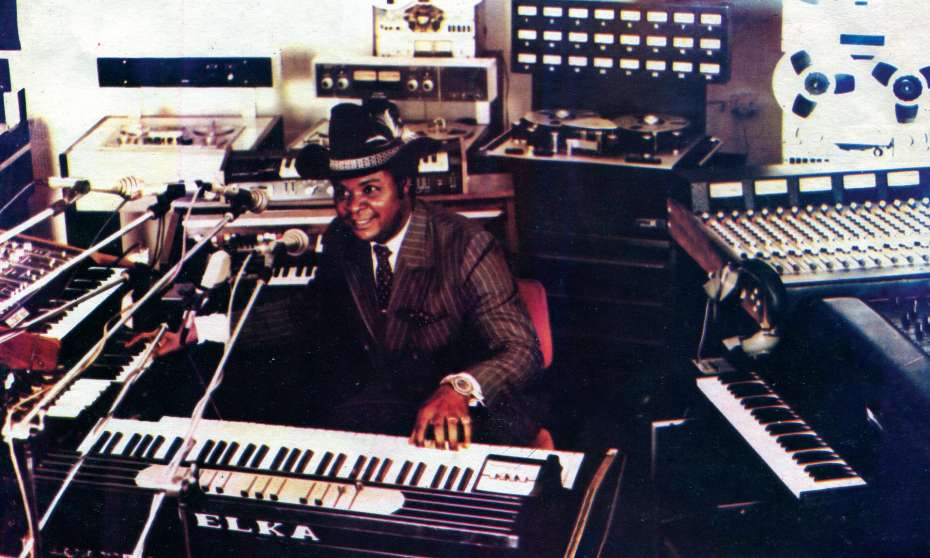 William Onyeabor passed away at his home in Nigeria day before yesterday. His surprising (no other African musician was recording synthesizers then—or, in my mind, creating anything that sounded similar) recordings, his conscious lyrics and messages and his entrepreneurial ambitions (up until selling them late last year, he had his own vinyl mastering and pressing machines!) were all way ahead of their time. He continues to inspire musicians and fans around the world.

I was deeply involved with the label Luaka Bop some years ago when Yale Evelev played me some funky-bordering-on-psychedelic tracks by a variety of African artists from the '70s. We put out a compilation of these called Love's a Real Thing, which contained a wonderful song by Onyeabor—"Better Change Your Mind"—a song whose message is as relevant today as it was then. More vinyl from this mysterious man was hard to find, but some trickled in.

Since then I've had less involvement with the label, but when they said they were doing these concerts of Onyeabor's music and asked if I would participate, I said yes. I joined the Atomic Bomb concerts in NY, London, Acapulco, San Francisco and LA. Multiple singers were anchored by the band Sinkane and augmented by African drummers, a horn section and often African singers as well. Those shows were some of the best times I've ever had on stage. Onyeabor's music came to life—it was fresh and transcendent. Everyone felt it. We played it, but he created it.

Wherever he's gone, it's sure to be a place with a lot of heart and some killer grooves. Rest In Peace.

Here is a statement from Luaka Bop:

Here's a link where you can get the releases and here are links to obits from around the world—from the US to the UK to Belgium to Istanbul to Lebanon to Sweden to Brazil.