A bunch of us are staying at the new Ace hotel here in downtown LA, as it’s relatively close to the Greek—where we’re doing the Onyeabor show tonight. I love downtown LA, I have written about it previously and yesterday when we arrived, I took a long walk.

This part of town is perennially being touted as an area ready to explode and revive, but it’s still a pleasant mess. There are big office buildings ticked into one corner, the official culture zone (Disney Hall, MOCA one and two, abandoned buildings and new condos and soon a new Eli Broad museum built to house more of his collection). Broad wants to see a revitalization of downtown, but maybe it’s all in the semantics—as downtown already seems to have more life than almost any other part of LA (it’s just not glamorous Anglo life). Revitalization may be a euphemism for Angloization. Maybe there’s a happy medium? Downtown is mostly Asian and Latin—there’s a Chinatown, a little Tokyo and loads of Latin American shops and restaurants, plus some send-money-home joints.

There is a huge jewelry zone, too. Why is that? What’s with all the jewelry and gold concentrated here? It’s not 49th St. or Antwerp West—both very Hassidic, but I wondered what the story was here? Even if it’s all just cheap costume jewelry, there’s so much of it! It seems jewelry stores started appearing here in the ‘30s (Harry Winston was one of the first), but it wasn’t until the ‘60s when gold started to become in-demand as an investment (instead of something to exchange as currency) that the area surged with these shops. Another reason these businesses settled here could be that the buildings in the area are limited to 150 feet tall—so they were never overtaken by developers trying to make skyscrapers or condos. 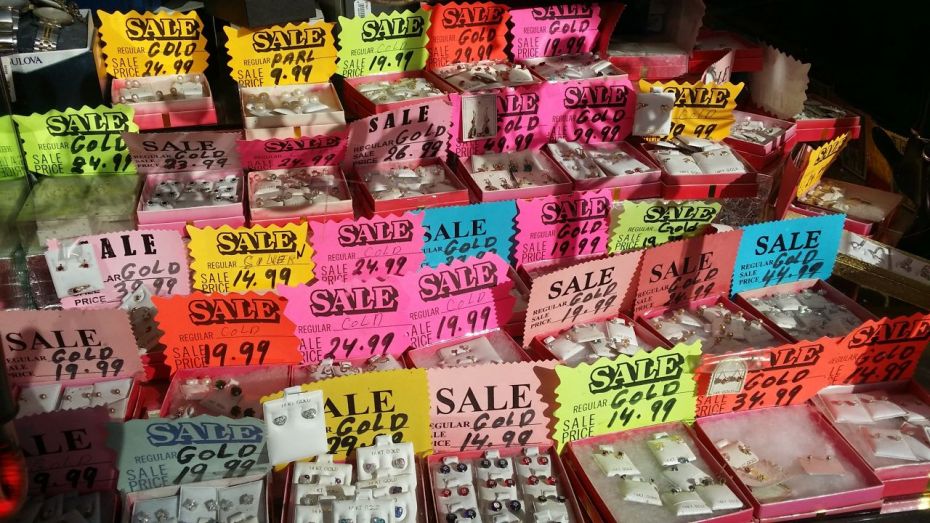 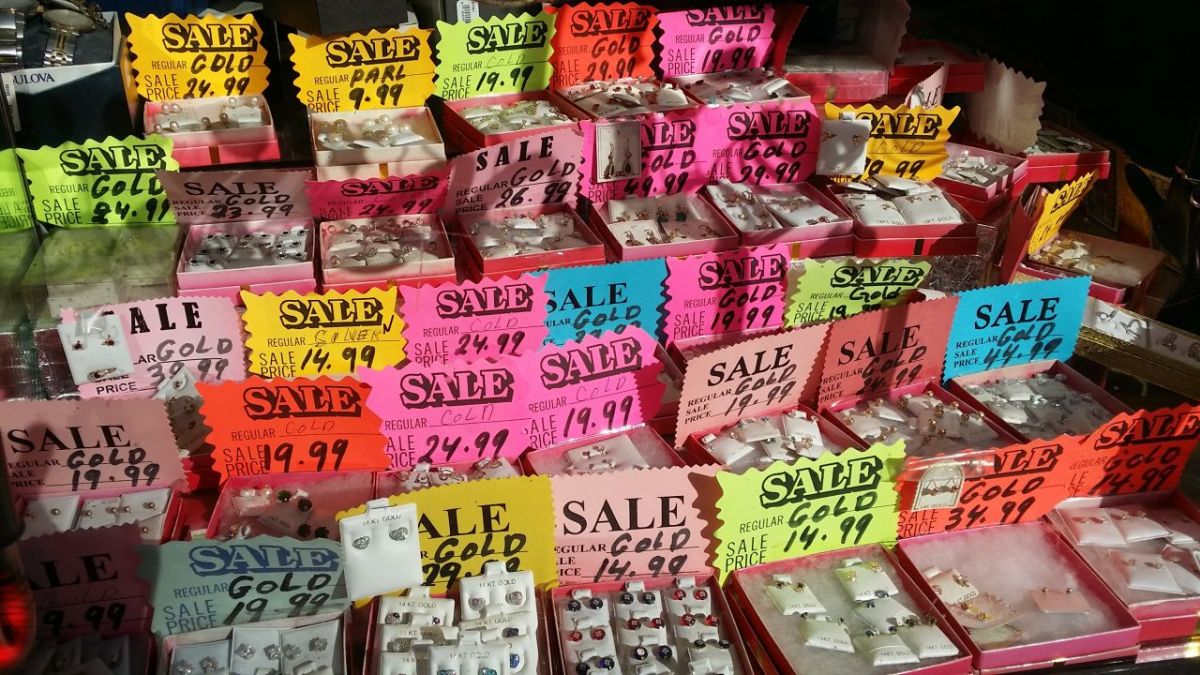 Then there are the theaters—downtown used to be a zone filled with bustling theaters and amazing ornate movie palaces. Many still exist and have been repurposed—as discount malls!— while some lie vacant, which is a shame. I once played the Mayan, which, as one would expect, has an over the top Pre-Columbian, Mayan-themed art-deco decor. Anglo Angelinos looked askance at me when I said I was playing there years ago, as it’s an unknown zone for many of them—or was then. They wondered, as Angelinos do, about parking. It still functions as a club. Maybe it’s been more integrated into the metal map of Anglo LA than it used to be. Here's part of the façade: 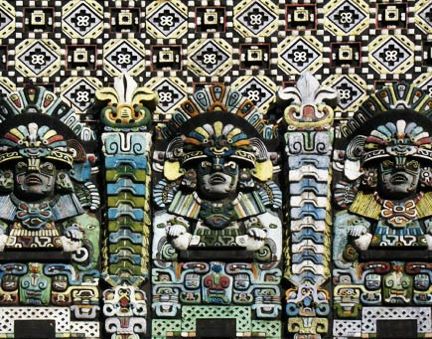 And here's a young sacrificial victim, ecstatically meeting his maker at the Mayan during a Lucha Libre match: 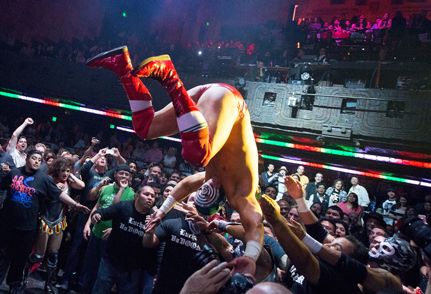 Here’s the nearby Tower theater: 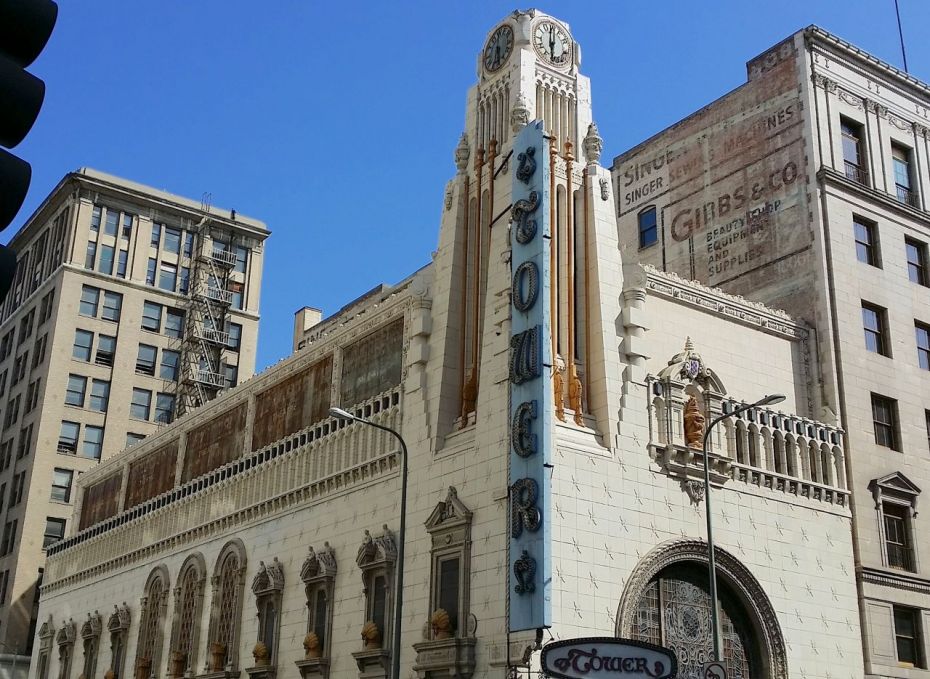 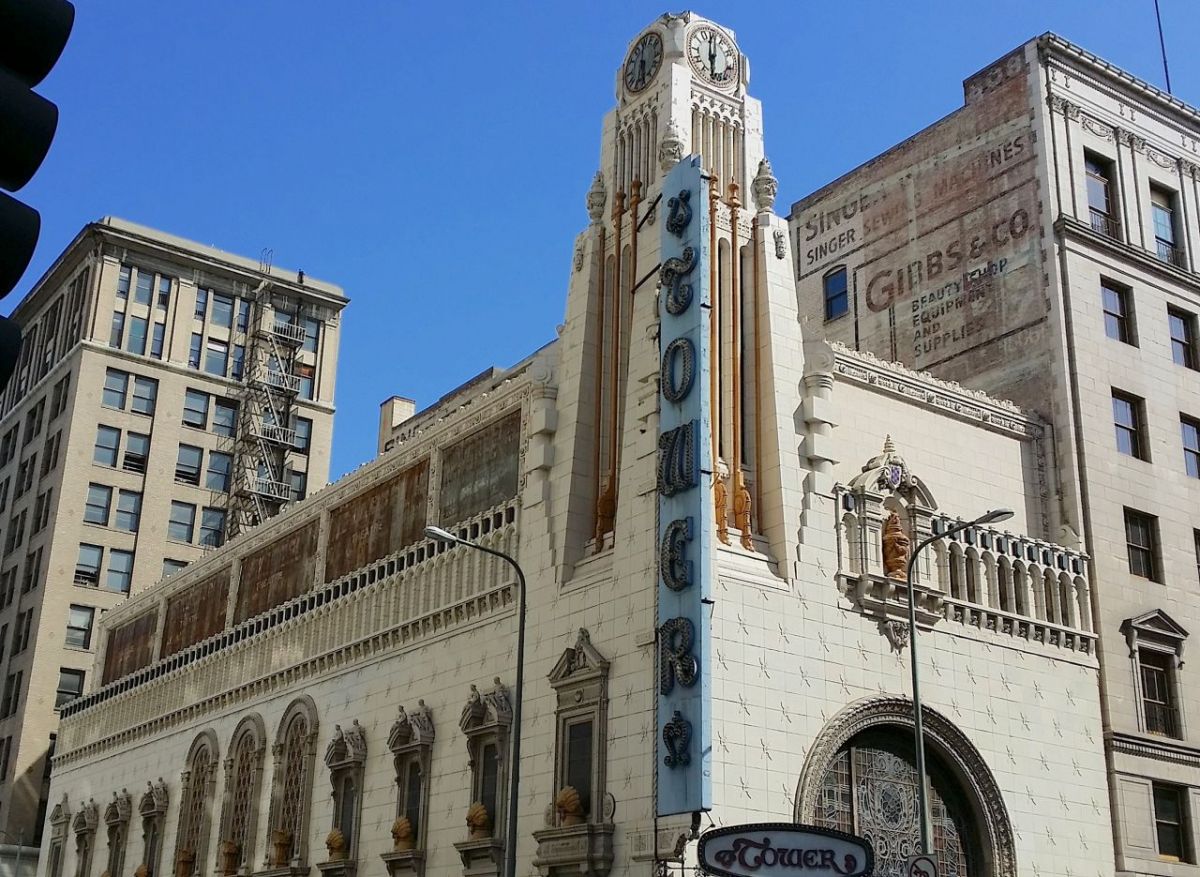 And the marquee of the Roxie…with a mysterious act on the bill: 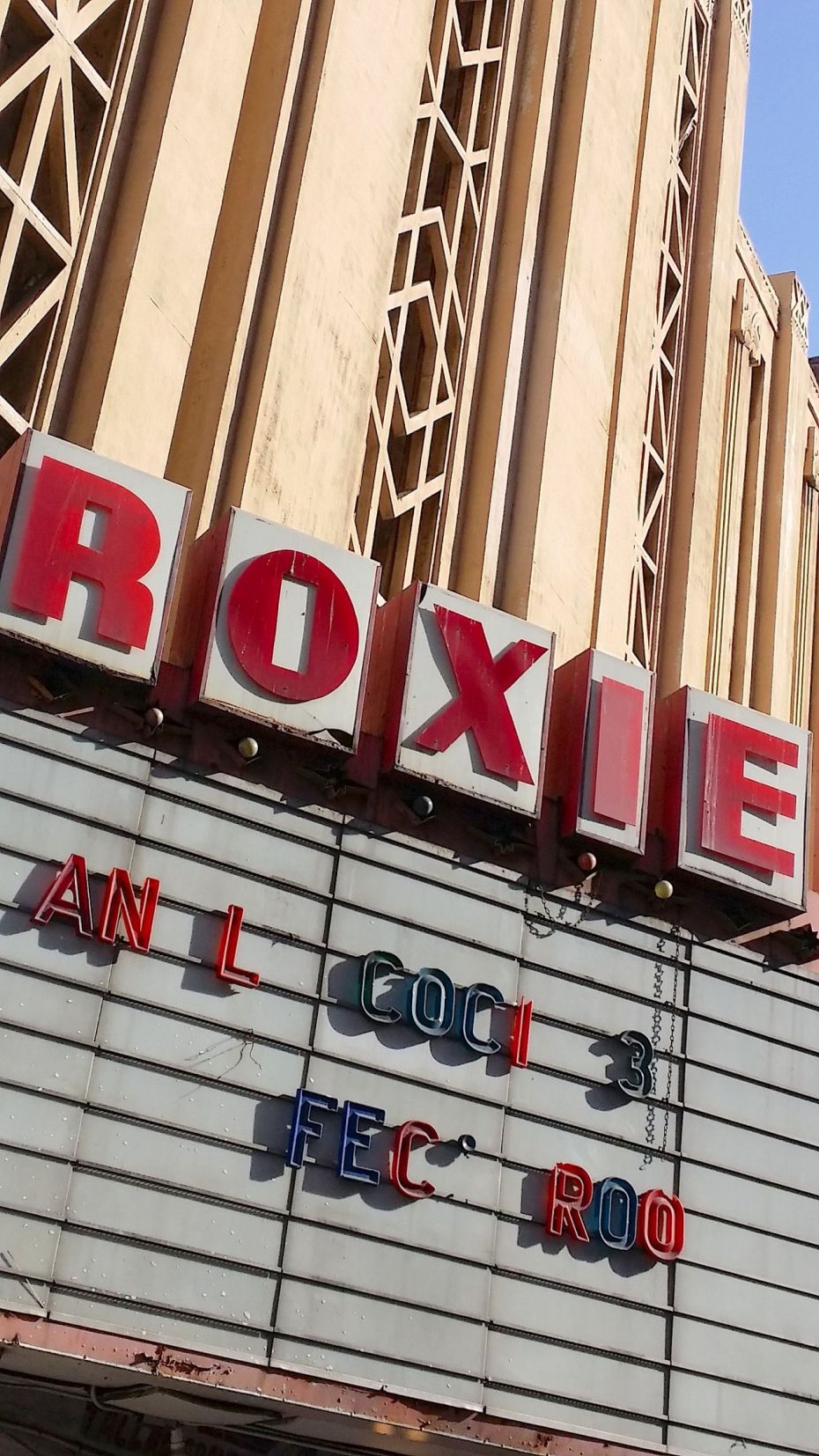 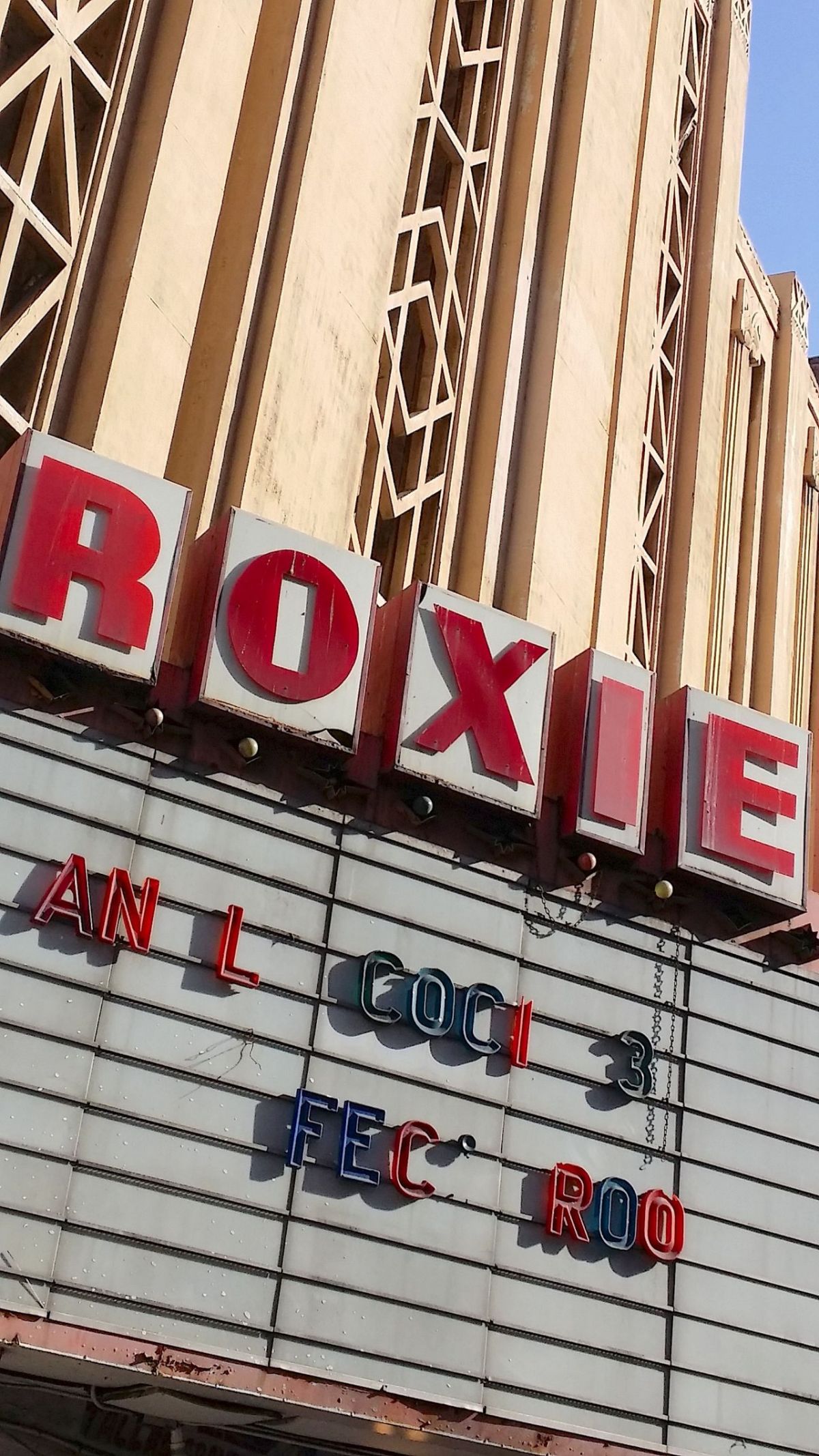 One of these theaters, the United Artists, is a part of the Ace hotel: 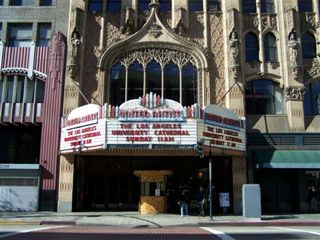 It used to be a church—there’s still a giant neon sign above the hotel, facing west, towards Hollywood, that says “Jesus Saves.”

The hotel has taken it over and has promoted a couple of shows there (Spiritualized performed “Ladies and Gentleman We Are Floating in Space” in February). Pat Mahoney and I were given a tour of the inside, which the Ace and several partners has lovingly restored—though it wasn’t a complete wreck, as some old churches or theaters have been allowed to become. Click through gallery to see the before and after: 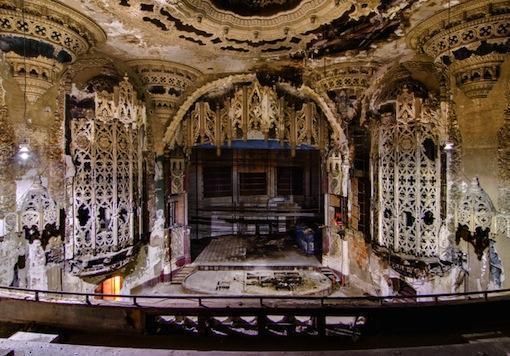 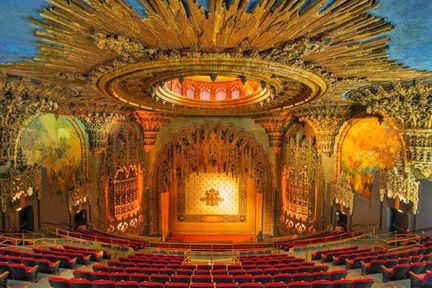 As it was explained to us, Chaplin and Mary Pickford built the theater in one year (!) after they and some others had formed United Artists—a cooperative business created by, well, artists, to counter the might of the movie studios. However, the studios owned most of the movie theaters, and they wouldn’t let them play UA pictures—so Chaplin and Pickford had to build their own. There were branches in Detroit and Chicago, as well. The stage isn’t just a screen—it’s got drapes, fly space, wings and a lighting system. So, they built it for live shows and not just cinema—though my guess is the two went together fairly often. Not a bad idea, eh? 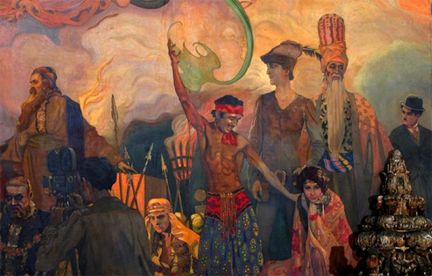 The architecture around here is gorgeous—and more or less intact. There are the more famous buildings—the Bradbury was featured in Blade Runner, but there are many more of them that aren’t well-known and still stand—maybe due to benign neglect. 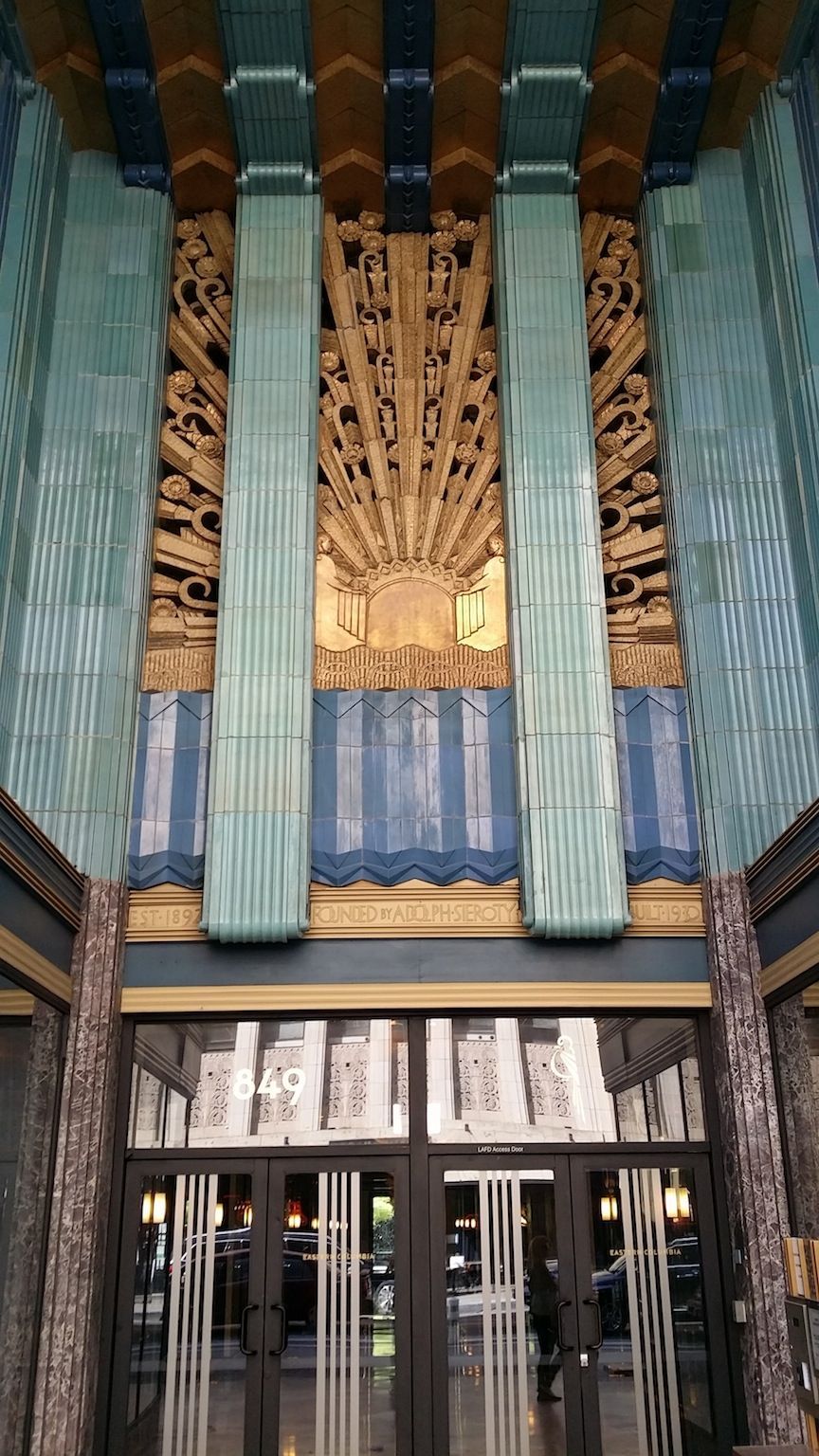 I stopped for fish tacos (a bargain) in a joint near the Grand Central Market (still good, but a bit touristy), that had mariscos up front and dancing in the back. Maybe other kinds of deals were going down in the back, as well—involving the ladies hanging out there. One of my bandmates saw a blatantly obvious drug deal go down on the street during the day. Downtown is not gentrified, not quite yet—despite the Ace hotel and some new restaurants and clothing boutiques.

Among the Quinceañera cakes at a bakery was one for first communion. 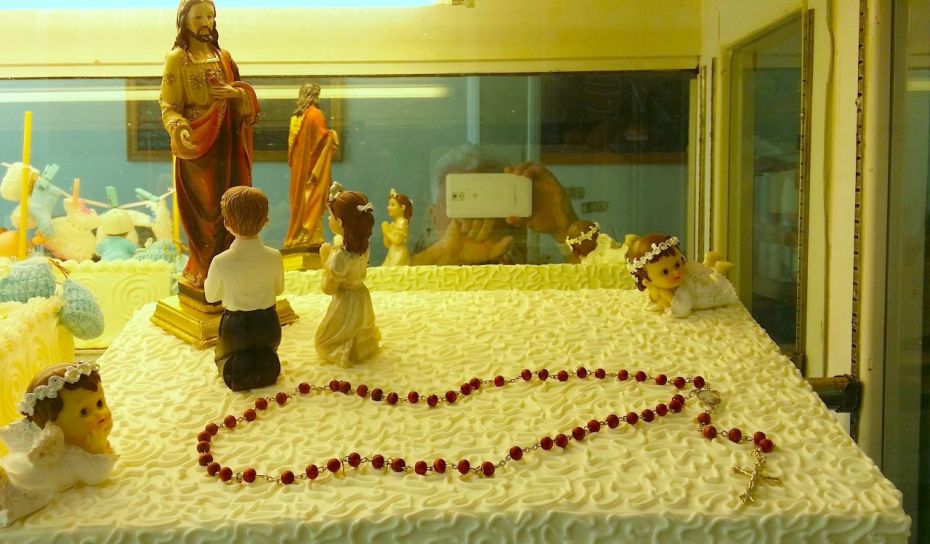 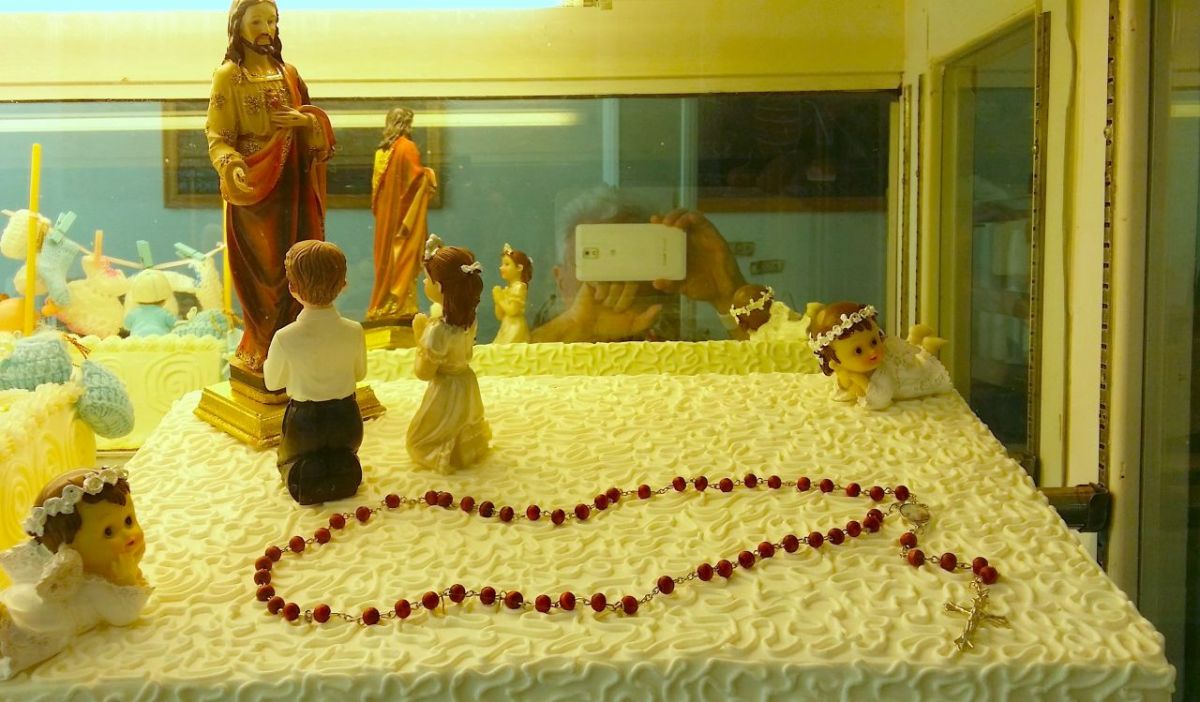 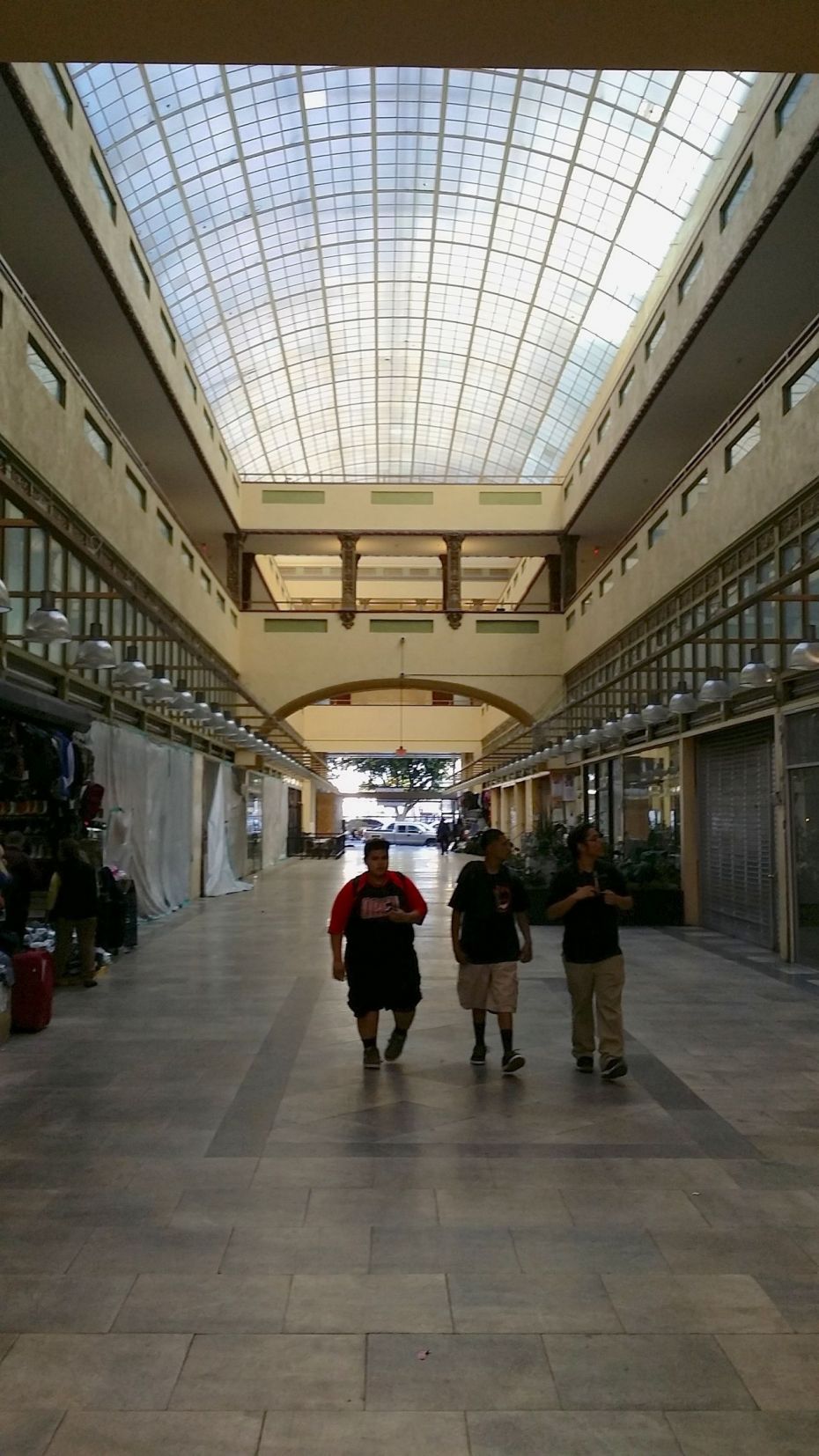 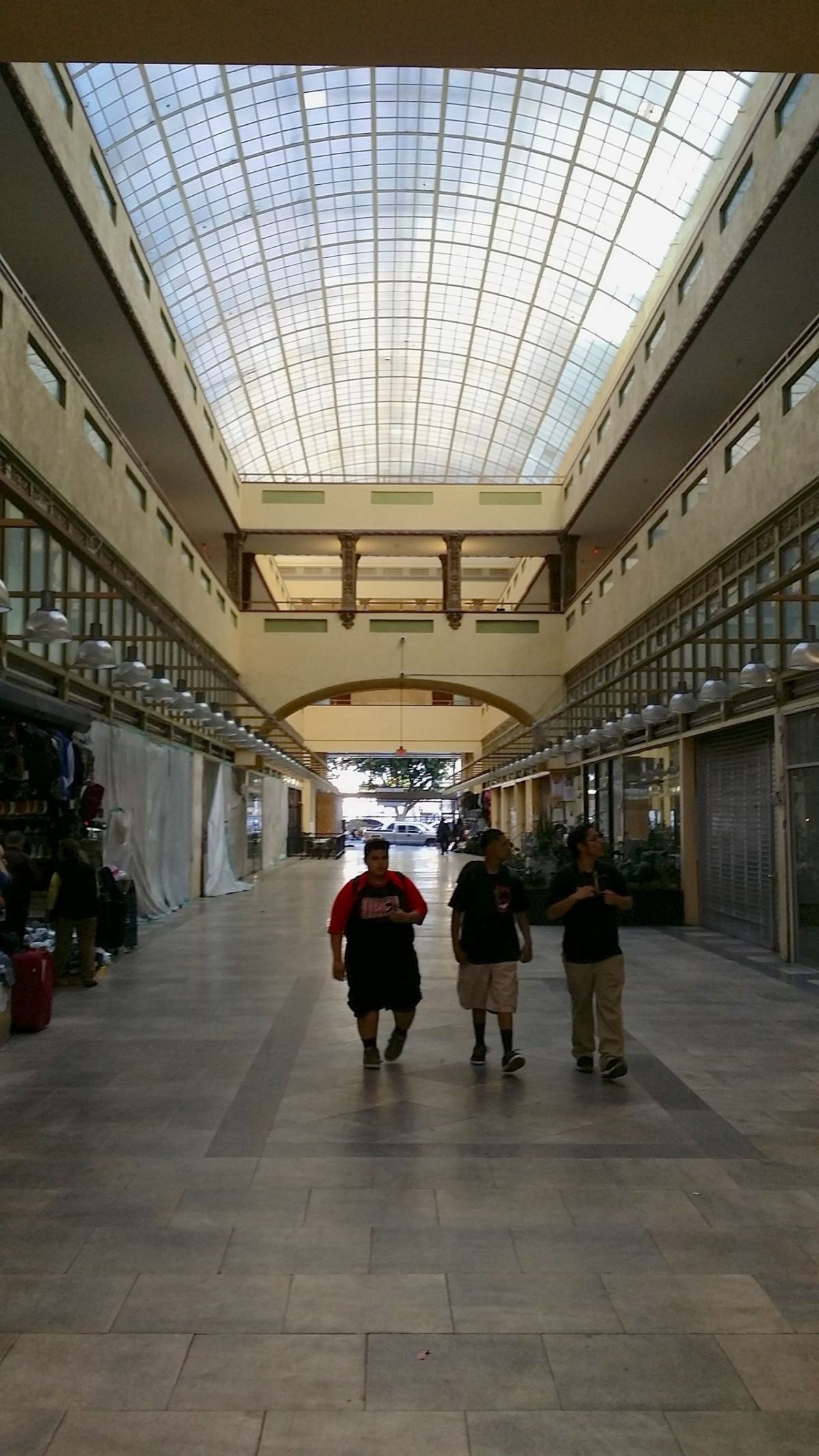 Did I mention this area would be a perfect zone in which to start a bike program in LA? It’s dense, more or less flat, and there’s lots of activity. Though I read that instead, the LAPD has been instructed to “crack down” on pedestrians in this part of town. Sad but true—in LA, pedestrians are viewed as an obstacle and an impediment to motor traffic. Cars rule here. (Wait until the oil runs out, guys!)

The sidewalks are filled with people (unlike in the rest of LA), and I spent a solid couple of hours walking aimlessly and poking into various places—beautiful. 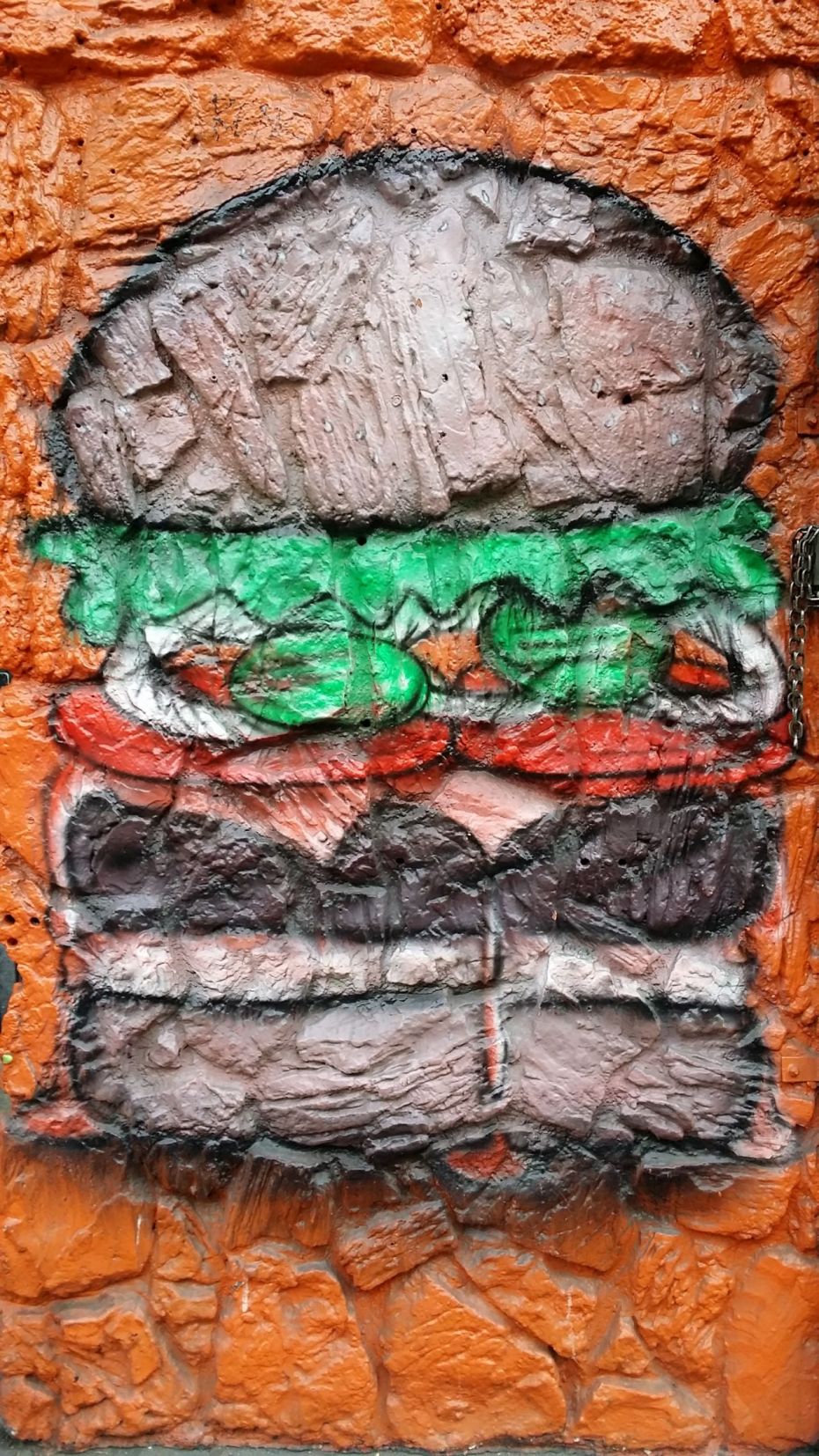 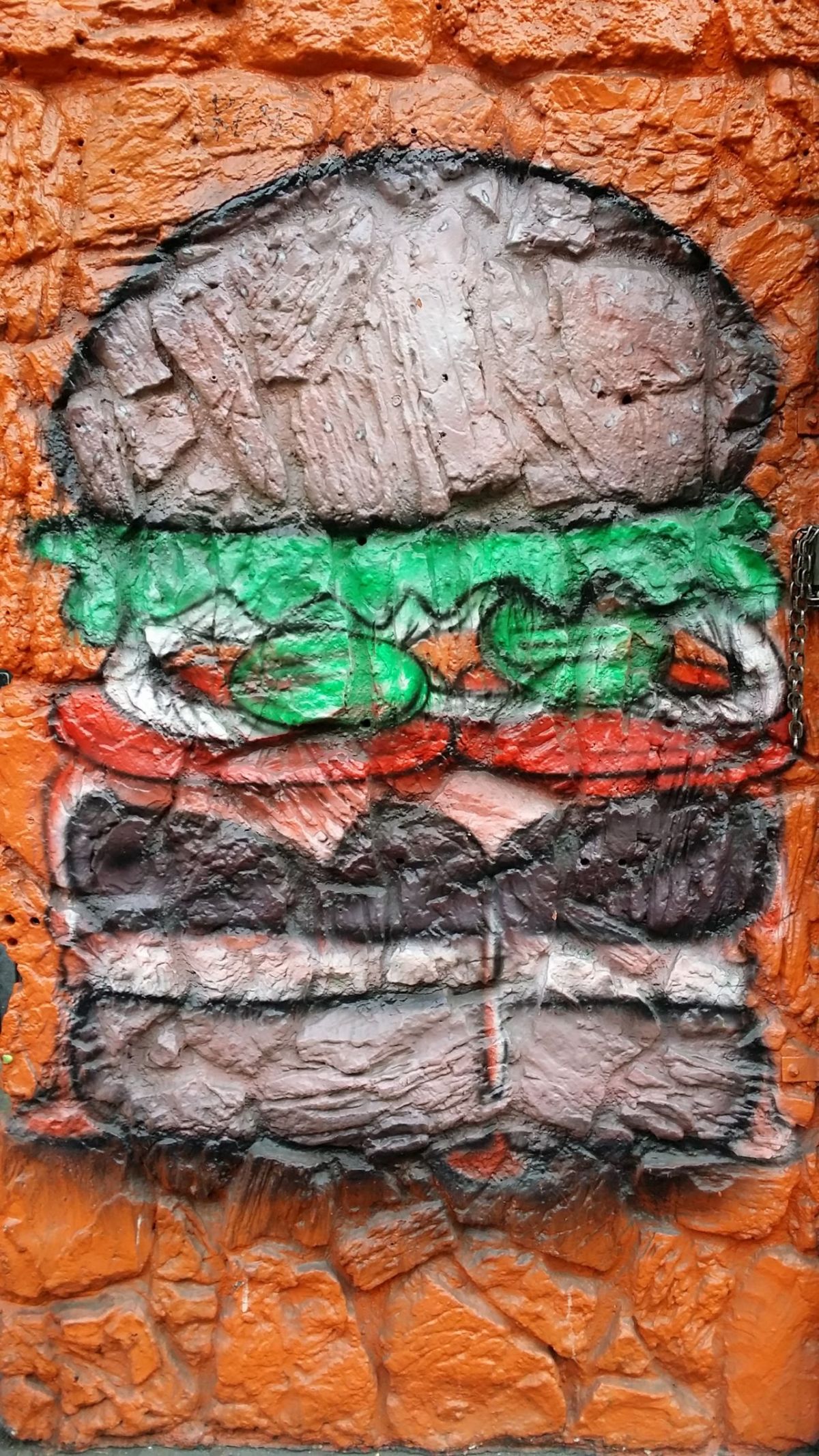